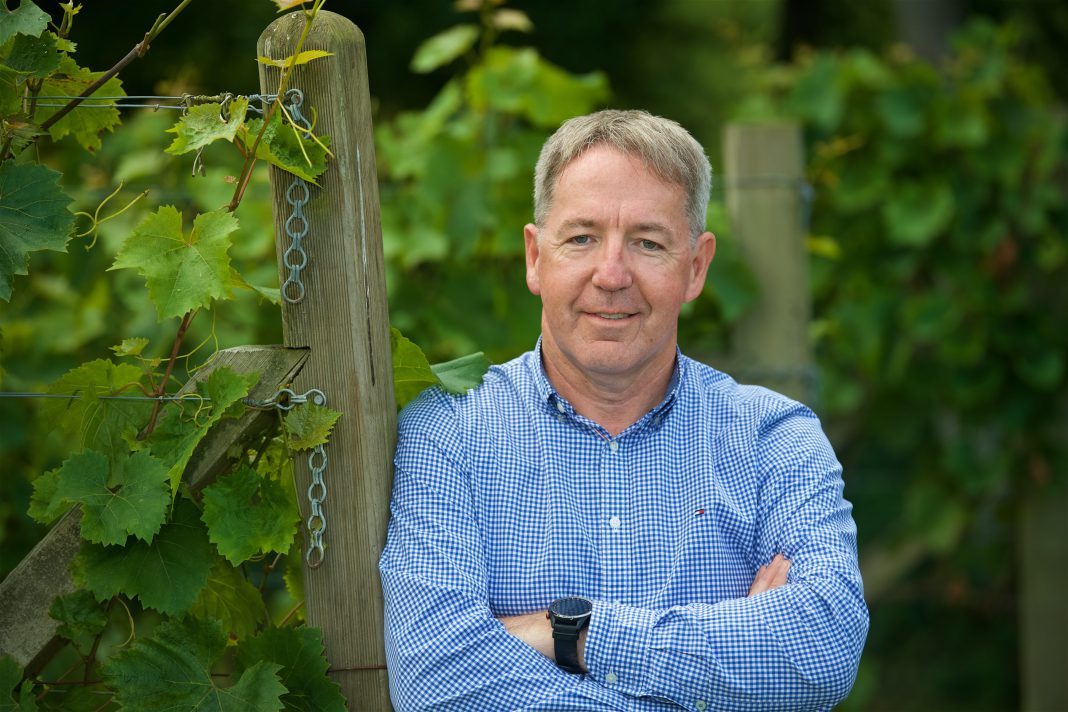 Tim Crowley, chief executive of La Mare Wine Estate, said it was easier to get something from China than France, and that many goods and components were taking weeks or months longer to arrive.

He added that he was ‘very confident’ that his business would rebound from the difficulties of the pandemic but felt that problems many companies were currently facing were in fact being caused by the UK’s departure from the EU and not the pandemic.

A number of businesses have reported disruption to their supply chains this year, such as garden centres, furniture stores and clothes shops. The Island’s fishing fleet has also reported issues exporting produce to France.

Mr Crowley said that an example of the difficulties his business had faced was added bureaucracy when exporting Jersey butter to the Continent for processing.

‘It’s very hard now with Brexit and we are really suffering problems right now. All our supply chains are in Europe and getting things to Jersey, which is technically neither in the UK or Europe, is working out very, very hard,’ he said.

‘I’ve been trying to ship butter into Holland with Jersey Dairy because we have to do processing to produce our cream liqueur, which is our second most popular product.

‘It’s proving impossible – we have to get a vet to certify the butter now, as an example of the issues.’ He added: ‘We’ve been going to the same factory in Holland with the same product for 12 years now, always at the same time of year.

‘This time the truck was turned away three times picking up the product. The driver was told it was the wrong code or the wrong paperwork. It’s all down to Brexit. We find it easier now to get something from China than we do from France.’

‘Printing labels for our bottles was a ten-day turnaround normally. They were printed in the UK. Now it’s three months more for exactly the same labels,’ he said.

Murray Norton, chief executive of the Jersey Chamber of Commerce, said that he had ‘anecdotally’ heard many similar stories from members.

‘The problem is Jersey is neither part of the UK nor the EU and we didn’t get to vote on Brexit, but we have ended up stuck in the middle of this,’ he said.

‘Customs have advised before Brexit for some time that there were going to be difficulties and we would need to check our supply lines.’