Third wave of Covid may have ‘peaked’ as cases fall 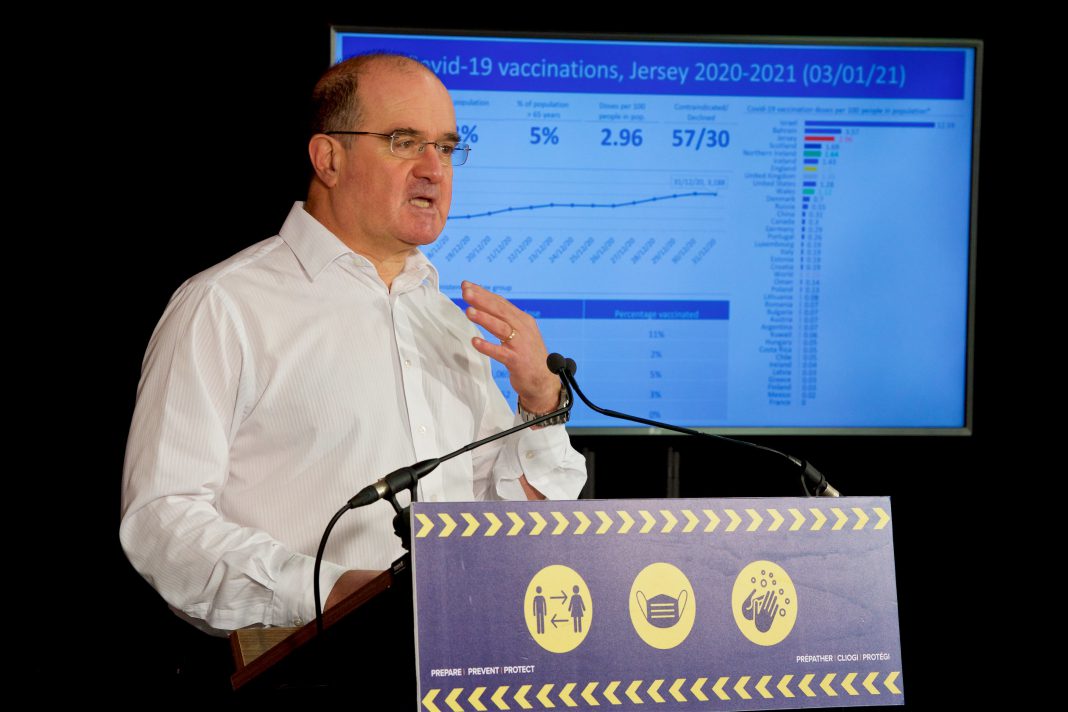 Case numbers have risen sharply over the past month, but dropped below 3,000 on Tuesday, prompting Dr Ivan Muscat to suggest that this marked the ‘first change in the pattern’ in several weeks. However, he warned that Islanders still needed to follow public-health guidelines if case numbers were to continue to decrease.

He said: ‘The number of new cases per day appears to have slowed down, which is good. However, we are not yet sure whether it has peaked or if it is a false summit so we will continue to monitor the situation before coming to a conclusion. It is encouraging to see that the numbers in the UK are following a similar trend.’

Yesterday, the number of known active cases stood at 2,871.

Dr Muscat explained that the end of the school term may, combined with ongoing mitigation measures and the progress being made by the vaccination programme, have contributed to the reduction in infections.

Two weeks ago, the government reintroduced mandatory mask-wearing in indoor public spaces while the final stage of the Island’s reconnection roadmap – which would see large events permitted, nightclubs reopening, stand-up drinking allowed and an unlimited number of guests able to gather in private homes and gardens – has been delayed until at least the end of August.

The deputy medical officer of health said: ‘The factors which may affect it in the other direction could include the crowding that we saw during the football season, as well as the increase in travel.’

A total of 56,237 passengers – comprising both arrivals and departures – passed through the Airport last month, compared to 167,715 for the same period two years ago. There were also 14,135 passenger movements at the Harbour.

A Ports of Jersey spokesperson said: ‘Ports continue to be busy from Fridays through to Mondays and the arrival process is longer than usual due to the PCR testing, which everyone has to undertake.’

Dr Muscat said: ‘It is too early to be certain of exactly where we are but it is certainly better than a trend of increasing case numbers. I would also urge Islanders who have not yet had their vaccine to turn up for a vaccination as this is hugely important, for themselves and for Islanders. It is one of our main weapons out of this [pandemic], together with people’s actions and adherence to the public-health guidelines.’

A government spokesperson confirmed that work was under way to help ensure that all fully jabbed Islanders received a vaccination certification, even if they received their jabs in a different country.

‘We hope to finalise a digital solution in the next month or so, which should be able to show information on vaccine doses received from different jurisdictions,’ the spokesperson said.

Meanwhile, the pandemic has continued to wreak havoc on staffing levels in a number of industries, with many workers needing to isolate after being contact-traced.

On the gov.je website, there were 179 jobs listed across the hospitality and catering sector, while there were 107 vacancies advertised for retail, sales, warehouse and fulfilment positions. Additionally, 59 jobs were available within building and construction firms.

Simon Soar, the chief executive of the Jersey Hospitality Association, claimed the number of roles advertised on the site was ‘not a true representation’ of the current staff shortages facing hospitality businesses, something which he believed to be ‘three or four times’ as large.

He urged those interested in a career in the sector to step forward and apply as soon as possible.

The latest figures for unemployment in Jersey show that 1,000 people are registered as actively seeking work – 320 lower than the end of the previous quarter and 950 lower than the same period last year.

When asked about the level of hotel bookings, Mr Soar said: ‘Some hotels are doing better than others but, across the board, we are certainly nowhere near normal levels. We last saw standard levels in summer 2019 and we have another winter ahead, which will mean five winter levels of business in a row. That is impossible to

get through without assistance. These businesses have severe, crippling debt.’

Becky Sherrington, who heads the Island’s vaccination programme, said that 4,000 extra doses had been received from the UK.

She said: ‘The 4,000 doses is in addition to our regular supply of vaccines that we receive from the UK. The additional vaccines will allow us to adapt our operational delivery and offer vaccination to Islanders outside the vaccination centre.

‘We have always had a strict focus on minimising waste where possible. There has been no vaccine that has passed its expiry date and we have always used all available vaccine before the next delivery. Any waste is in very small quantities (less than one vial per session). We have also been able to safely extract extra doses from some vials, meaning that the number of doses administered is actually higher than the number of doses supplied.’