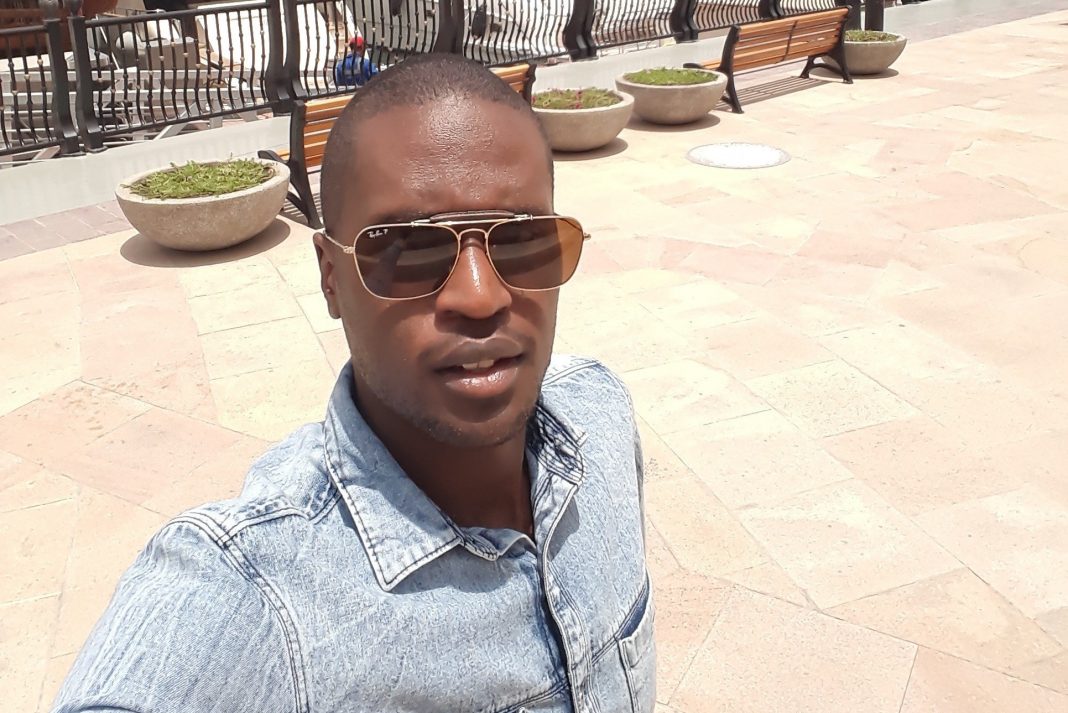 The detention of Kenyan citizen Malcolm Bidali has led to international headlines and sparked concern about human rights in the Gulf nation, where he had been working as a security guard and blogging about the conditions for migrant workers.

Mr Bidali’s mother, Maggie Turner, who has joint British and Kenyan citizenship and has lived in Jersey since 2000, learned of her son’s plight on Friday, but has so far been unable to obtain any information about the circumstances of the arrest or details about his welfare.

‘We are very worried and distressed with everything and have been unable to get any information so far,’ Mrs Turner said. ‘The working week started on Sunday and I have made calls and emails, but there haven’t been any answers.’

Mrs Turner, who works as a fund administrator, has outlined her concerns about her 28-year-old son to the office of External Relations Minister Ian Gorst, and to the States police. She is hoping that officials from her home island can help to provide the answers that she has not yet been able to obtain.

The Associated Press news agency has reported that Mr Bidali was arrested on 4 May, but that his supporters had subsequently been unable to obtain any information about his arrest or where he was being held.

The Qatari government was quoted in an Associated Press article as stating that he had been ‘taken into custody and placed under investigation for violating Qatar’s security laws and regulations’. The news agency said the government had declined to offer any specific information, with questions including where Mr Bidali was being held, whether he had received consular assistance and the potential charges he was facing.

As well as working as a security guard, Mr Bidali – who has been in Qatar since 2016 – wrote under the pen name ‘Noah’ about his experiences, including trying to improve the accommodation standards for workers. His blogs featured descriptions of the cramped bedrooms some of his compatriots shared – with up to ten men in a room – and the frustration of being unable to afford the same luxuries as western expatriates and Qatari natives.

Qatar is the host nation for next year’s FIFA World Cup and has attracted considerable controversy regarding its conditions for workers since being chosen by FIFA in 2010.

Jersey’s government has a long-standing diplomatic relationship with Qatar and, in 2012, the two jurisdictions concluded a double-taxation agreement.

Mrs Turner and her partner, Mick Robbins, have also tried to raise the issue with Amnesty International.