Sam Sturrock, who chairs the Institute of Directors’ industry sub-committee, said the Brexit process would still bring ‘a challenging level of disruption’ at the very least until the time that the UK’s relationship with the EU settled.

He added: ‘With reference to Labour and the Conservatives particularly, this is one of the most polarising elections in many years, with the Brexit issue making it a single-issue election for many.’

Despite his concerns, he was cautiously optimistic about the election, pointing out that important issues had been raised in a positive manner, unlike in previous negative campaigns.

‘There has been a definite shift in emphasis from the recent “fear” campaigning on issues like migration, to a focus on crucial and urgent issues such as tackling climate change and also good governance and transparency in our businesses as well as government,’ he said.

‘As a branch of the IoD, we have recently set up a number of new sub-committees that will help us research and understand these issues at a local level. We hope diversity and inclusion will be high on the agenda post-election too. It’s crucial to all businesses and this is not limited to gender but age, ethnicity and disability.

‘We have also been pleased to see through this campaign some recognition of the need to properly fund public services, struggling communities and infrastructure.

‘The key for the next government will be to translate manifesto pledges into meaningful action to clarify the role of the UK in the world, improve the position of all members of UK society but also work with business to address the key challenges that face us all.’

Mr Sturrock added that future policies would have to be targeted in a way that did not alienate ‘sections of society – both in the UK and abroad’.

‘There is a need to change our rhetoric from blaming others to taking responsibility for our collective future. The most undesirable outcomes or potential risks of this election would be more parliamentary inertia, continued medium-to-long-term trade uncertainty and any hastily implemented radical changes without proper consideration and consultation.

‘Continued constitutional change over a further prolonged period could also have a negative impact by continuing to divert resources, civil service and legislative time away from the key day-to-day governance of the UK.’

Don Thompson, president of the Jersey Fishermen’s Association, said that the outcome of the election would be ‘very relevant’ to the fishing industry and that a Labour government would be the ‘worst outcome’.

‘Boris Johnson has made an effort to tour the major fishing ports in person and has pledged to ensure that the UK will, post-Brexit, become an independent coastal state with control over its fisheries resources,’ he said.

‘In reality, it is inevitable that the UK will concede to EU demands that fishing opportunities, rights and quotas must be tied to trade deals. The fear is that this amounts to another sell-out, as happened with the Ted Heath government all those years ago, which led to the decimation of so many fishing communities.’

Mr Thompson added that he believed that a Labour government with a ‘half-baked Brexit’ would be the worst result.

‘Jersey fishermen are much more concerned about the lack of government support to our proposals to try to gain more autonomy over our own fisheries resource, whatever the election outcome.’

Meanwhile, Joe Moynihan, Jersey Finance chief executive, said that his industry would work hard to represent its interests whoever was elected to lead the UK.

‘We are looking forward to the outcome on 12 December,’ he said. ‘Whatever the outcome of the UK election, our priority, as the representative body of Jersey’s international finance centre, will be to maintain our focus on the prosperity of our finance industry and our island, with the Government of Jersey representing Jersey’s interests at governmental
level.’

Jersey Farmers Union president Peter Le Maistre said that he would like to see ‘a result one way or another’, as ‘I don’t believe another hung parliament is good for anyone’.

A straw poll of the Central Market:

‘Because we don’t get a say in this, it’s doubly awful, because it’s like being on the receiving end of a bad car crash that you have no control over.

‘The dream would be for Labour to win and we would be waking up to a socialist paradise, but that feels unlikely. In an ideal world there would be a second referendum and we would all know where we are.’ 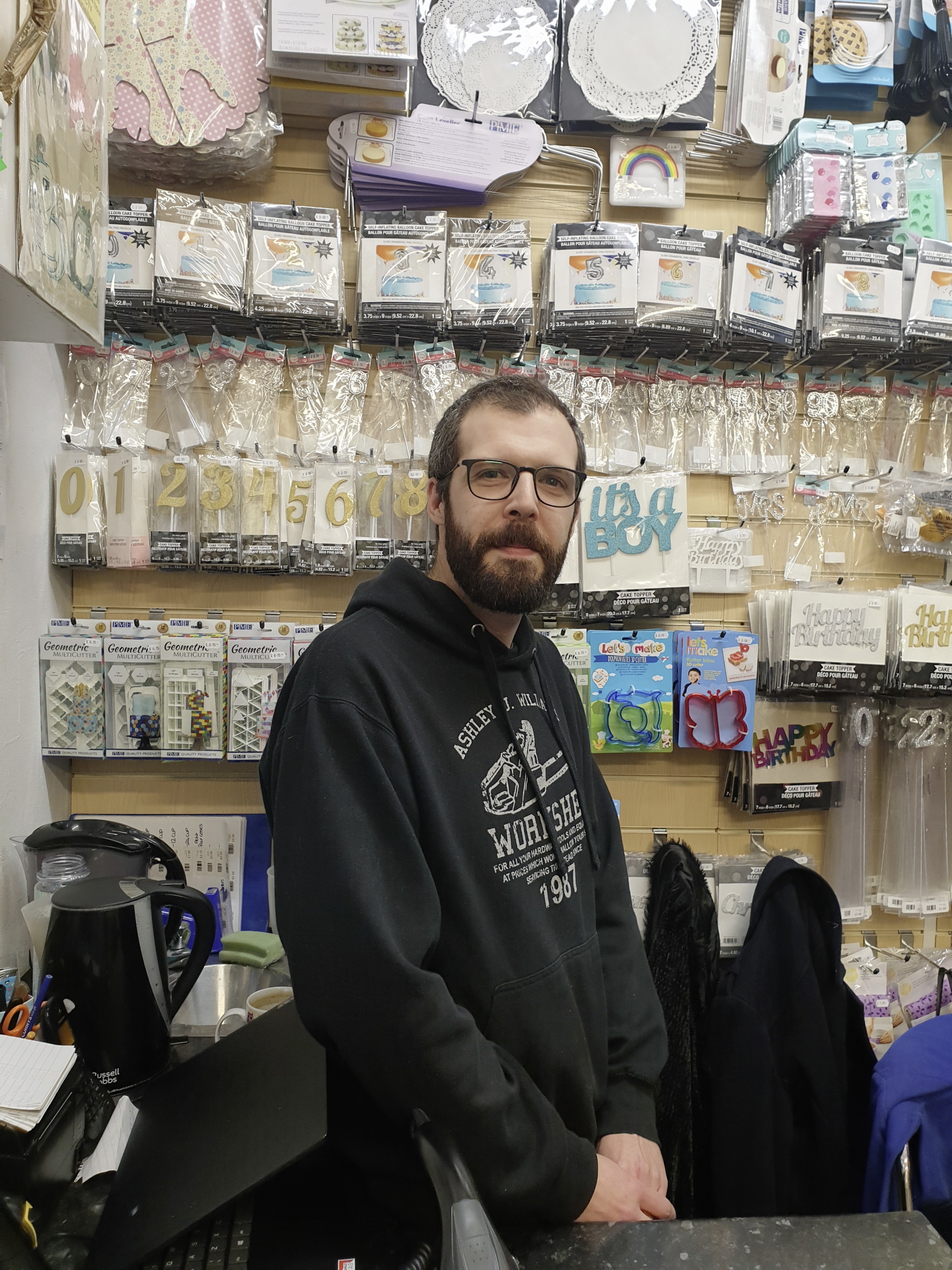 ‘I would hope it would go to either the Liberal Democrats or Labour. I’m not overly keen on the Conservative party or their overall policies.

‘I have mixed feelings about Brexit.

‘I feel sorry for people that are going to be struggling if they crash out, but I also remember farmers in the UK having a tough time when they joined the
EU. But, ultimately, if I could vote it would be Lib Dems or Labour.’ 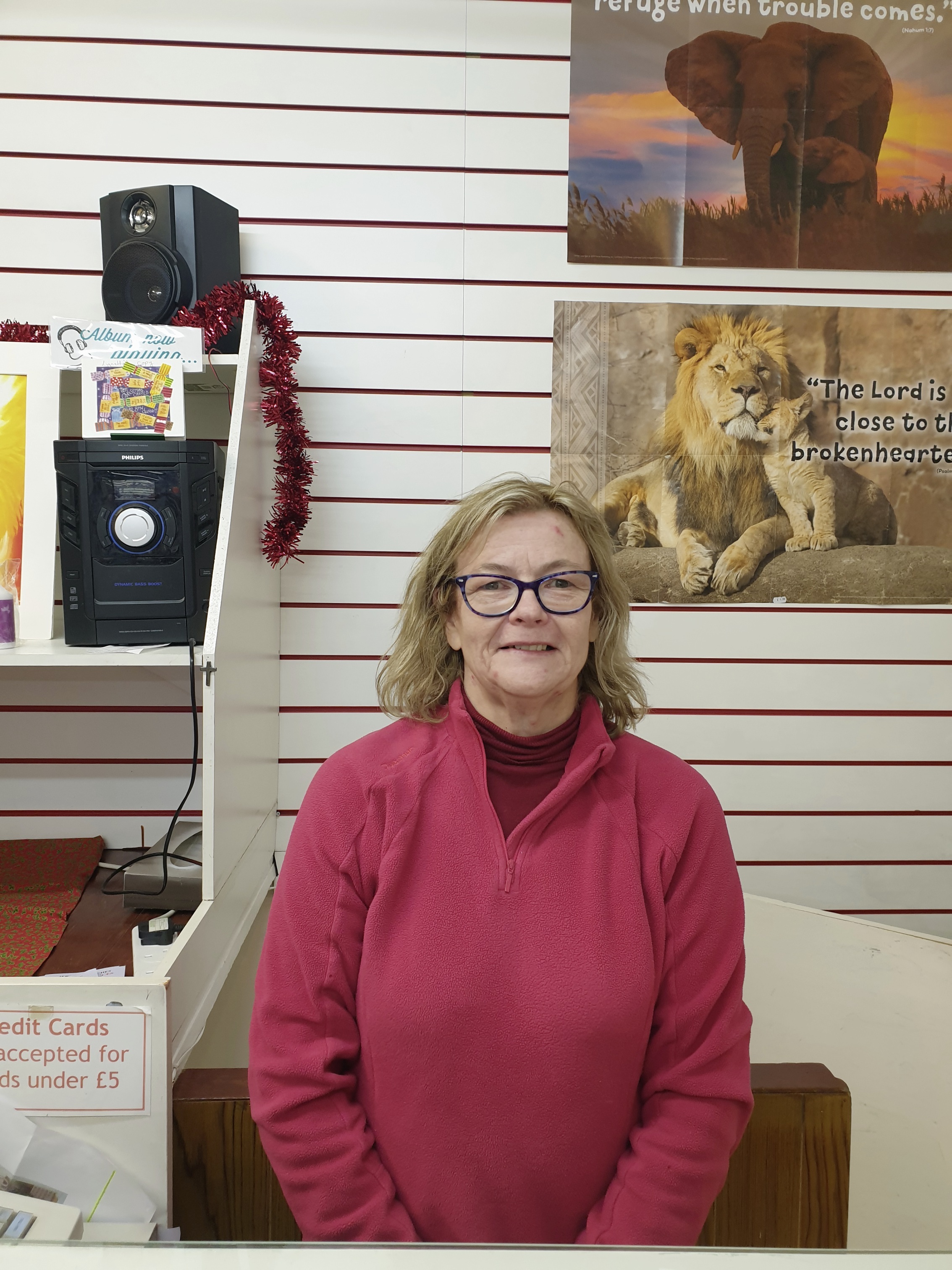 ‘I’m a remainer and I feel that Britain will be better off remaining in the EU. A lot of people don’t remember what it was like before we joined the EU and I remember.

‘I think people don’t appreciate the benefits of what the country receives by being a member of the EU. I don’t like this hard right wing you are seeing more of – it is dangerous.

‘I think after the Second World War it [the EU] was a means of people coming together to try to make sure the situation which developed in the 1930s wouldn’t happen again.’ 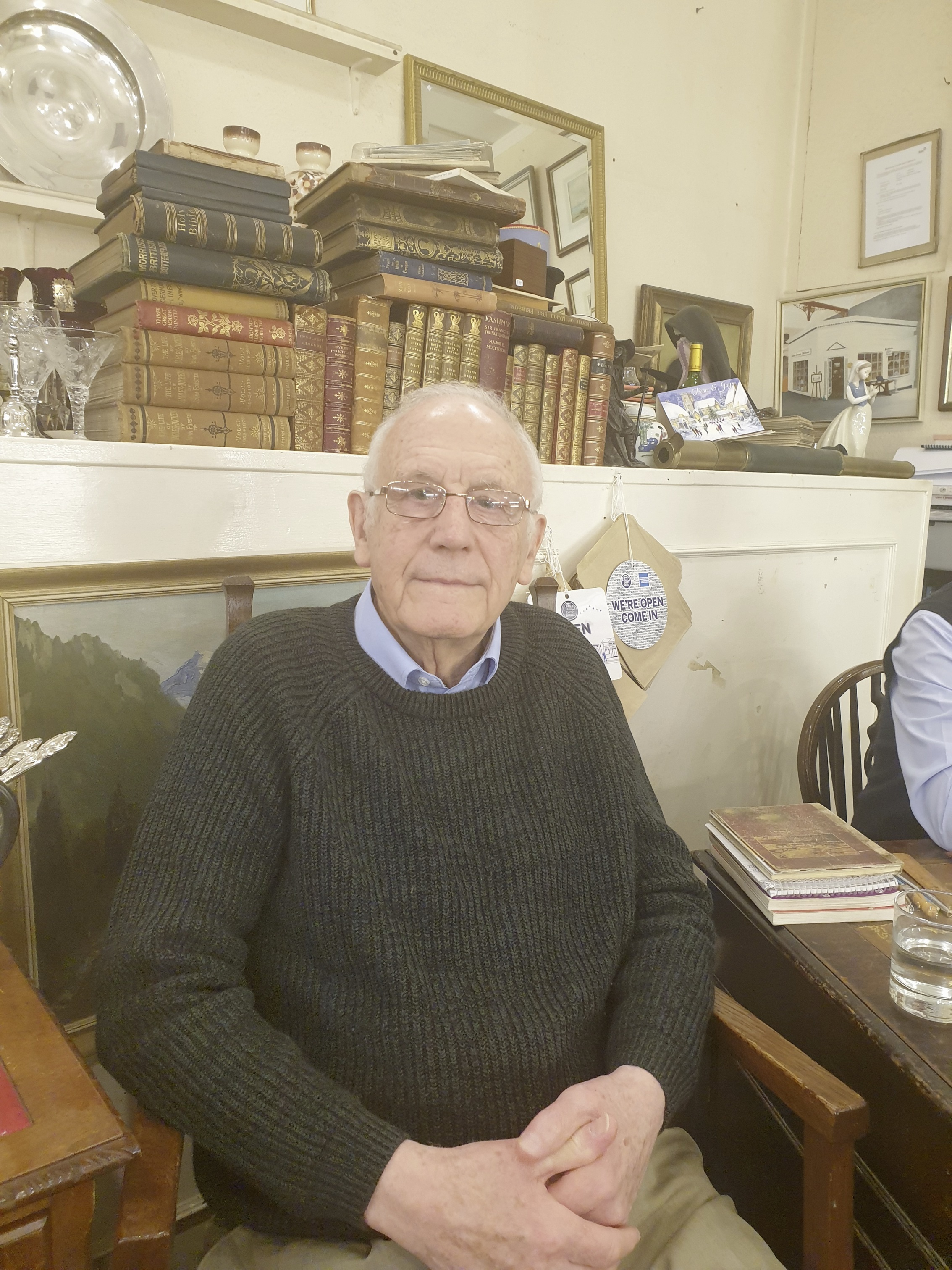 ‘I would be voting for Boris and I want a no-deal Brexit. The EU will become an extension of Germany and we don’t want to be a part of it and I am predicting a 100-seat majority for the Conservatives.’ 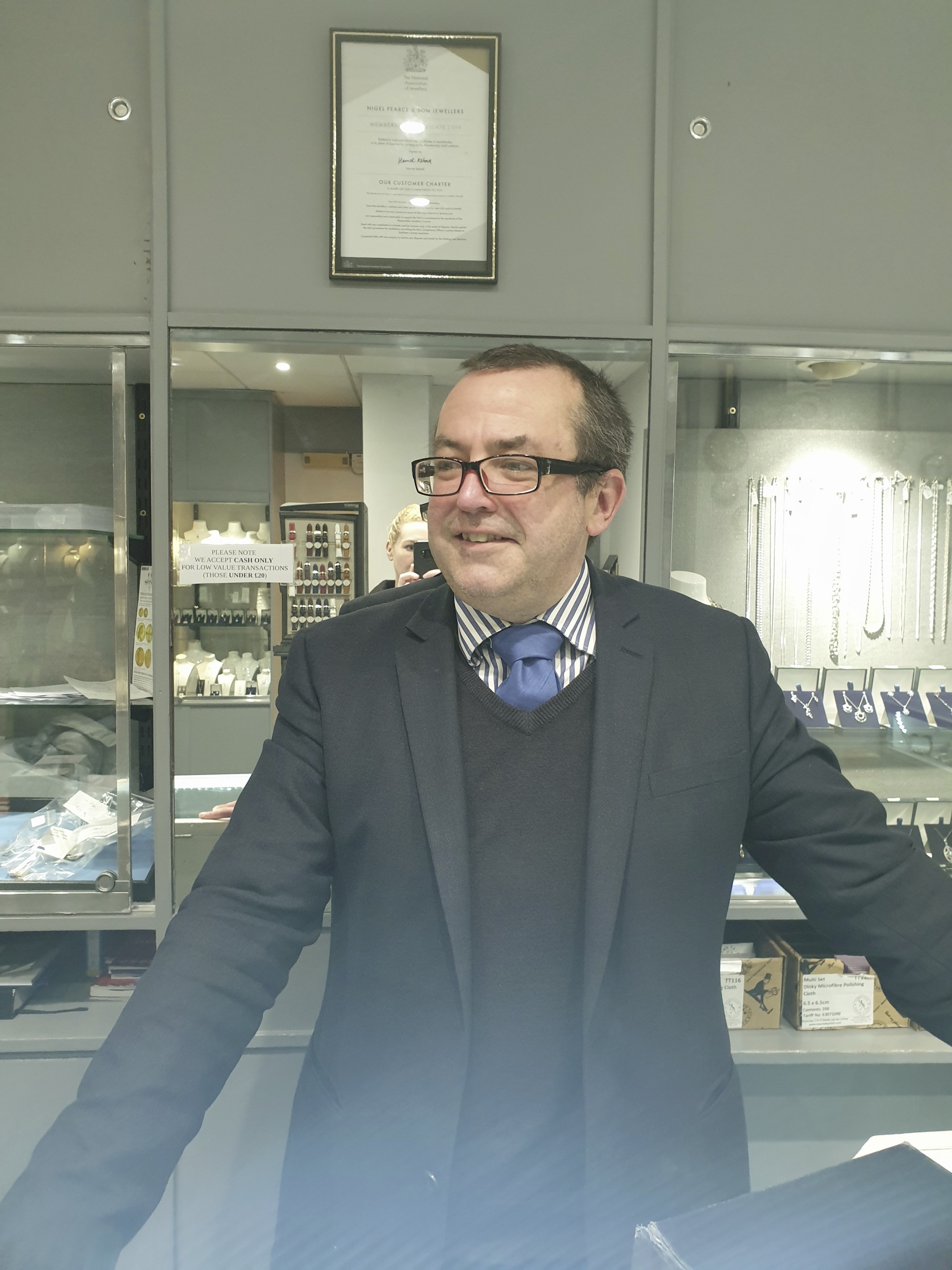 ‘I think Boris Johnson is going to win and it will be catastrophic for the UK, but they asked for it – so let them have it.

‘I’ve noticed over the past ten years that the British have been blaming foreigners for a lot of things, and I think they are quite wrong. I think the view shows a lack of education.

‘A benefit which will be lost is the freedom of moving around Europe. You can’t buy freedom – you have to fight for it.’ 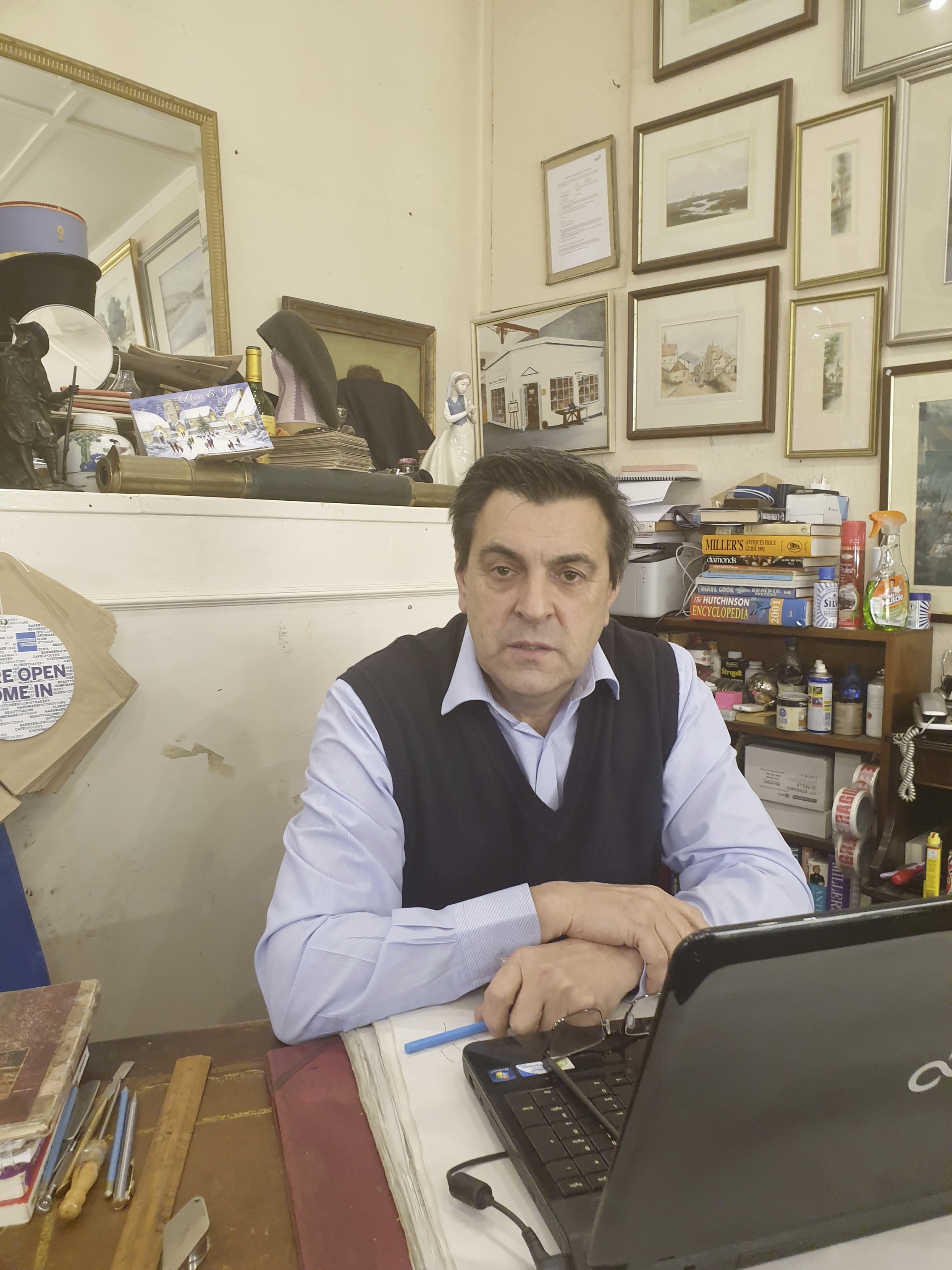 ‘If I could vote, I would vote Labour all the way. I can’t stand Boris. I watched the debate the other night and Boris just goes on about Brexit repeatedly and I just don’t want to see it go that way.’ 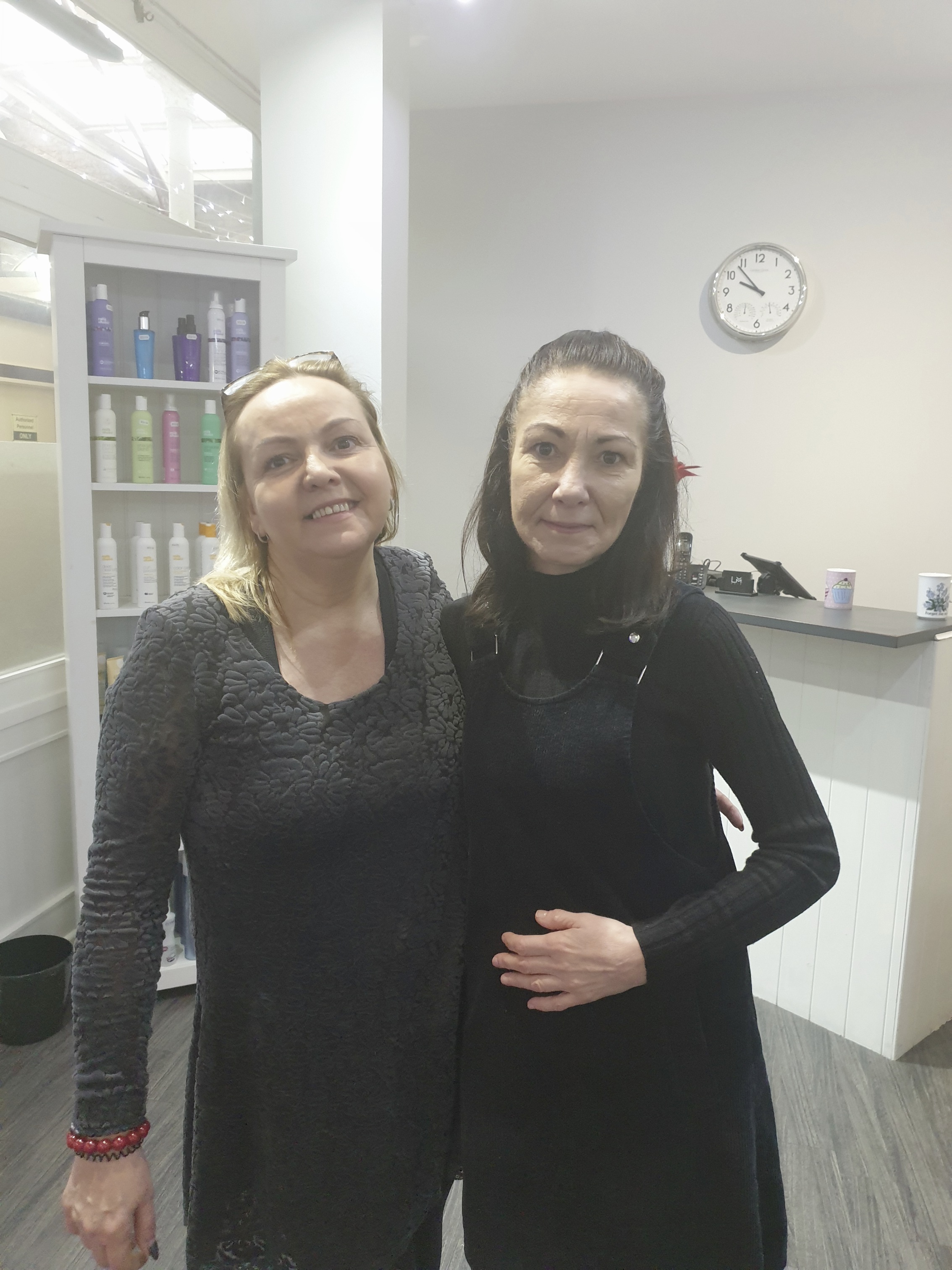