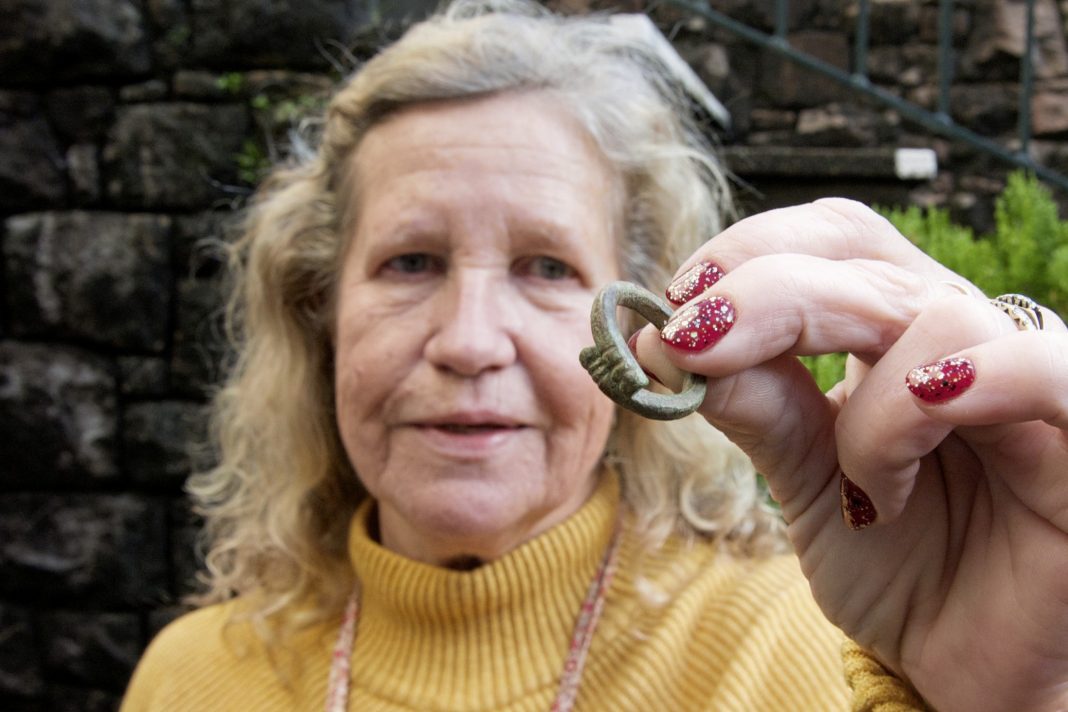 Retired Emergency Department nurse Anne Stewart found the copper ring earlier this year and experts from the Société Jersiaise’s Archaeology Section have now dated it to between 200 BC and 200 AD.

Rosalind Le Quesne, assistant archaeologist at the Société, said that despite its chunky appearance they believe it was made for a woman because of its narrow circumference.

Mrs Stewart, who has been metal detecting for five years, said she was delighted with her find but has not yet found a place in her Georgetown home to put it.

‘The funny thing is you never know what you have got until you bring it home and clean it. This was only a few inches under the ground. Almost everything I find is just under foot and I have a found a gold coin, an axe and spearhead, all sorts of other things and two Roman coins – I love it,’ she said.

‘My husband Geoff is a metal detector’s widower. He bought me a second-hand metal detector after we were walking down St Brelade’s Bay and I said I’d like to do it as a hobby. If I had my way I would be out every single day.’

The 62-year-old said she was not going to wear the ring but had Googled women of the time to see what they were like and what they wore.