Celtic coins found in field could be next major hoard 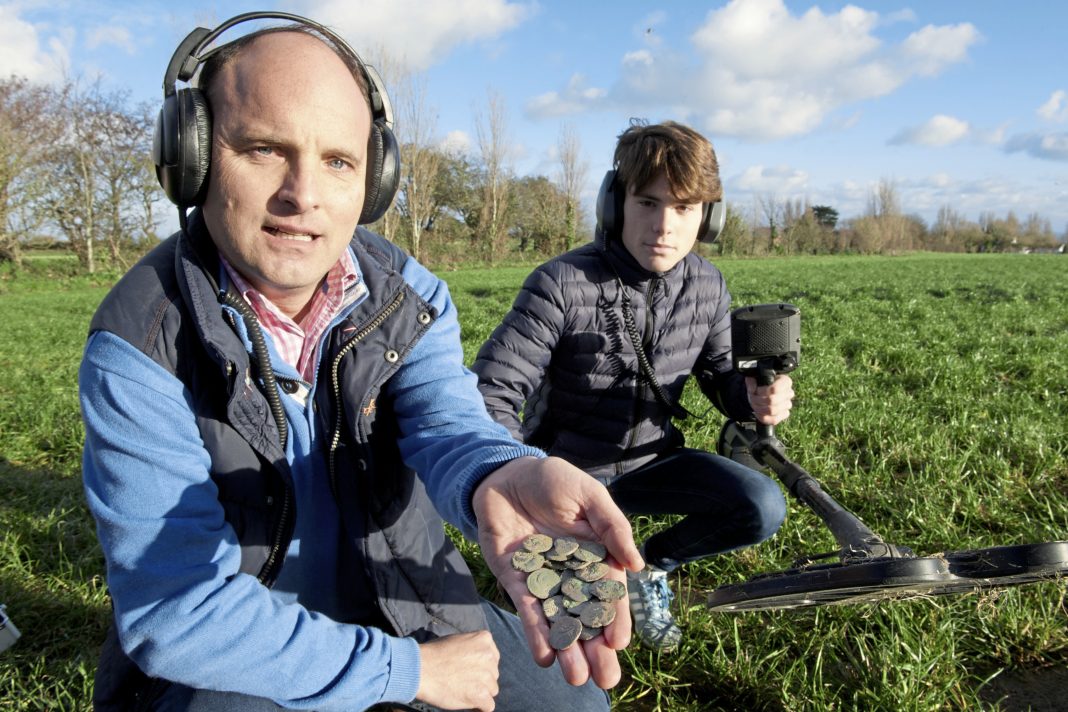 Metal detectorists John Quemard (43) and his 16-year-old son Bradley have found 27 Celtic coins buried in a field in an undisclosed location. The coins are more than 2,000 years old.

Experts say they belong to the Coriosolitae tribe and are the same type of coins found in a field in Grouville in 2012.

That discovery by Reg Mead and Richard Miles is the world’s largest coin hoard and is estimated to be worth millions of pounds.

Mr Quemard said that when his son, who first wanted a metal detector after hearing about the Grouville hoard, found the first coin just three inches under the soil he ‘punched the air’ with delight.

‘He knew what he had found straight away,’ he added.

Over the summer they continued working the field, with the landowner’s permission, uncovering coins and at least three pieces of broken pottery.

Neil Mahrer, Jersey Museum conservator, who spent three years painstakingly uncovering the secrets of the Grouville hoard, said it is another indication of what treasures might be buried in Jersey soil.

‘It is another find that tells us a lot more about those who were living in Jersey and where they were based,’ he said.

‘When we worked on the big hoard, the first thing Reg and Richard found was a group of 150 coins that had been buried higher up, they had been disturbed by ploughing or something. We have always called that the “scattered hoard” and that looks a lot like this case.’

‘It is so exciting to find treasure that is so old and be the first person to touch it in over 2,000 years,’ he said.

‘My son Bradley found the first coin just as we were finishing off for the day and heading back to the car, we just knew that there had to be more and couldn’t wait to return.’

He added: ‘Their overall condition suggests that they might be part of a much larger hoard that may have been disturbed in recent years by a tractor when ploughing.’

The father and son team have now invested in better ‘deep-seeking equipment’ and say they will keep searching the area.

Since starting their hobby together the duo have found various artefacts including items of silver, Saxon coins, Jersey Militia badges, buckles and buttons and a gold coin found on the beach dating back to 1812.

‘However nothing comes close to Celtic coins,’ Mr Quemard added.

Mr Mahrer with Olga Finch, curator of archaeology for the Jersey Heritage Trust, are now working to learn more about the find.