Race against time for hornet hunters 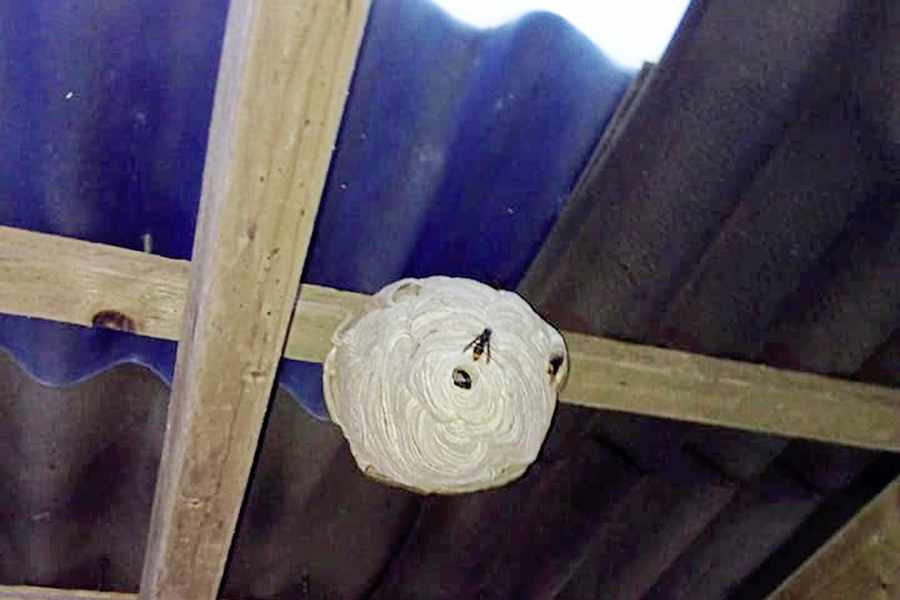 Beekeepers and officers from the Environment Department have less than two months to find and destroy Asian hornet nests as a colony can contain up to 6,000 insects and just one of the insects has the ability to kill 50 bees in a single day.

Unless the nests are destroyed by the end of September – when the queens leave the nest to establish new colonies for the following spring – there could be tens of thousands of Asian hornets in the Island by next summer.

Beekeepers and Environment officers have this week been scouring the countryside above Anne Port and Archirondel in an attempt to track the nests of the invasive species. Using a technique for monitoring honey bees, the hornets are lured to a tree by a sugary substance where special numbered discs or spots of paint are put on their backs before they are released. The time it takes for the insects to return to the sugary substance is then used to help track down where their nests lie.

Sightings of Asian hornets and nests should be immediately reported to Environment by calling 441600.