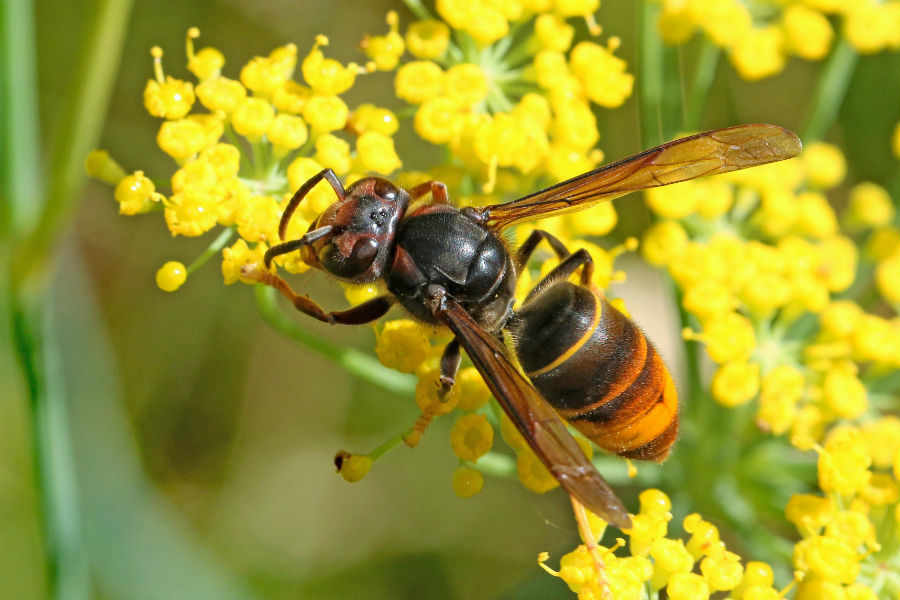 The latest discovery was made by a homeowner on Wednesday who found the nest within a cavity wall of a garage at a property in Rozel Bay.

The nest has now been destroyed and samples sent for testing in the UK, where data on the insects is being collected.

A colony of Asian hornets, which can contain up to 6,000 insects, was discovered at the end of June in a shed at Fliquet, St Martin, less than a year after the first one was found in a weak bee hive brood in St Helier. A single Asian hornet can kill up to 50 bees in a single day.

‘If we get rid of the primaries now, it stops the queen developing secondary nests.

‘If we can get them early it is a good thing,’ he said.

He added that it was likely there were other nests around the Island and urged the public to be vigilant and report any sightings to the Environment Department.