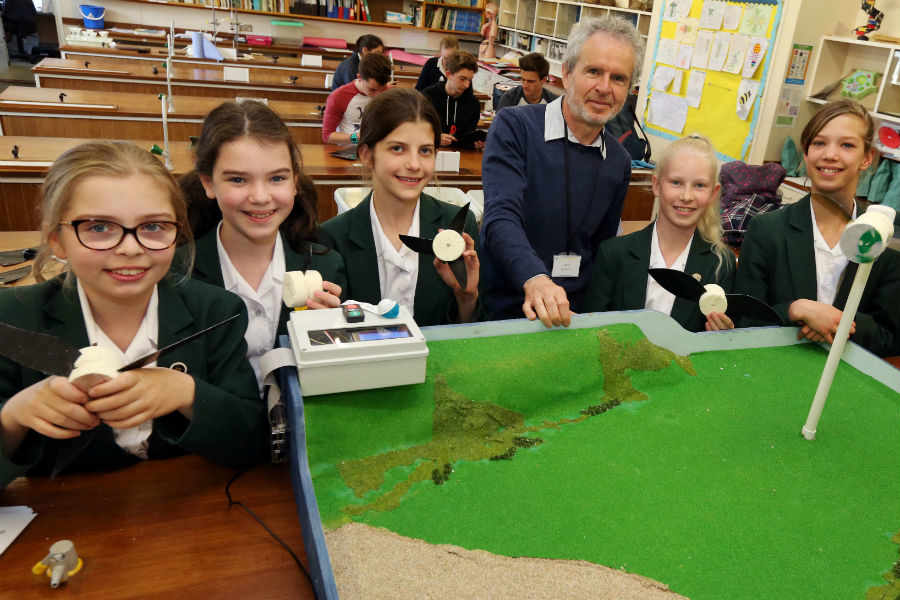 Urging the Guernsey States to look into sustainable energy supplies for the future, Professor David Infield, of the University of Strathclyde, said it made financial sense for the island to invest in wind power.

‘Jersey has a direct electricity cable with France and gets a good deal financially,’ he said in a speech at the Ladies’ College.

‘Jersey carried out a study and figured it would cost too much money to generate their own electricity. But it is less clear cut for Guernsey, which relies on diesel-generated.

‘I would say there is a stronger case financially here than there is in Jersey.

‘Your wind resource is good and you have got good wind records.

‘The island hasn’t done enough in general in looking at sustainable energy supplies in the longer term.

‘Oil is going to get more expensive and offshore wind is definitely getting cheaper and more competitive.

‘It is now almost cheaper than other forms of electricity generation,’ he added.

During his time at the college, Professor Infield met students and examined their model wind turbines, which they had built as part of a design project. Many of the students voiced their support for renewable energy.

‘Fossil fuels are going to run out but wind turbines and even tidal power energy will go on forever,’ she said.