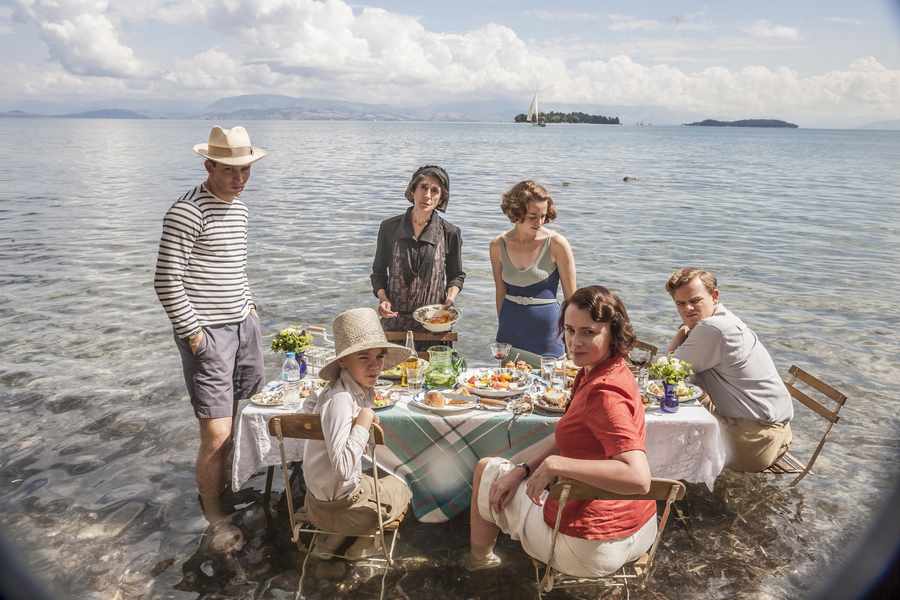 The Durrells, which is set in 1935 and based upon the author’s famous trilogy of Corfu memoirs, was written by Simon Nye, who has penned series such as Men Behaving Badly and Just William, and will air on ITV for the first time on 3 April at 8 pm.

The story focuses on Mr Durrell’s mother, Louisa, who is struggling with life in Britain after her husband died – her four children, Larry, Leslie, Margo and Gerry are finding it difficult, so she makes the bold decision to move the family to Corfu.

The series was filmed in Corfu, Bournemouth and Ealing and the six episodes will follow the Durrell family as they adjust to their new lives Durrell adaptations.