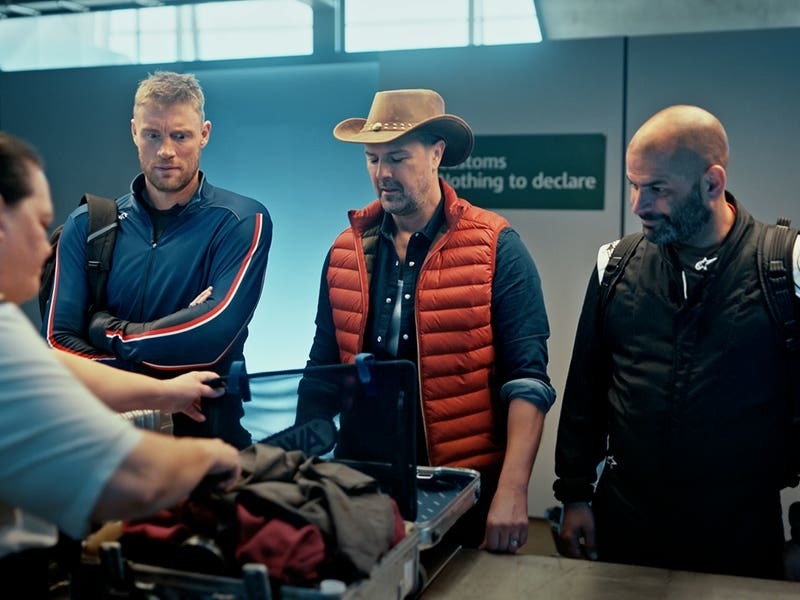 A trailer for the new series of Top Gear has landed, giving us our first glimpse at what Paddy McGuinness, Freddie Flintoff and Chris Harris have been up to.

The new series appears to have largely been filmed in America, with the trio shown racing buggies through the alligator-infested swamps of Florida, drag racing ‘donks’ in Miami, and cruising around in a massive RV – the 35-foot-long Holiday Rambler Aluma Lite comes complete with a 7.4-litre Chevrolet V8 engine.

In one clip, Freddie can be seen in a Sinclair C5 that has been transformed to go down an Olympic luge track at ‘over 60mph’. The film is said to ‘celebrate the genius of Sir Clive Sinclair’, who died in September 2021.

The 32nd series of Top Gear is coming to BBC One and BBC iPlayer soon.