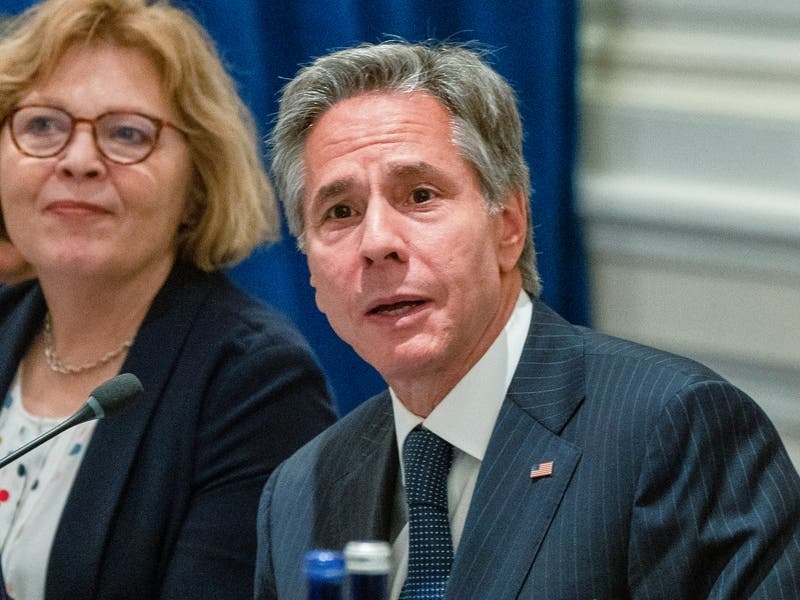 Mr Blinken announced his father’s passing in a series of tweets while he was attending the annual UN General Assembly.

“My family lost a parent and grandparent, a source of love and inspiration — my father Donald Blinken,” he wrote.

“A member of the US Army Air Corps, a US ambassador, president of the Mark Rothko Foundation, (chairman of the board) of the State University of New York, dad served his city, state and country,” Mr Blinken said.

Antony Blinken cancelled several events he was to attend at the UN General Assembly on Thursday evening due to his father’s deteriorating medical condition and his schedule there on Friday will be adjusted to account for family commitments, the State Department official said.

Donald Blinken served as the chairman of the State University of New York system from 1978 to 1990 and was US ambassador to Hungary from 1994 to 1997, during the Bill Clinton administration.