Mexican police injured in blast during protest over students’ disappearance 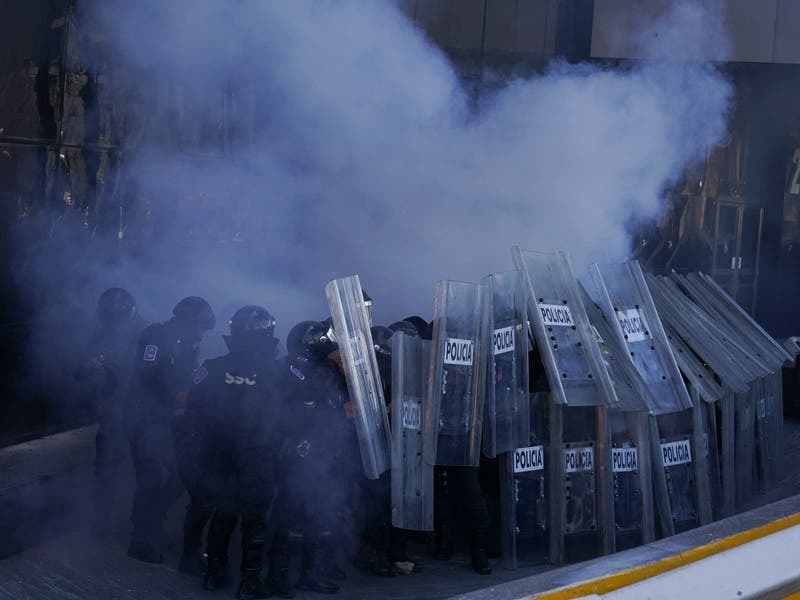 An explosion has occurred outside Mexico’s Attorney General’s Office, injuring police as protesters demonstrating ahead of the anniversary of the 2014 disappearance of 43 students clashed with officers in riot gear.

A number of police officers were injured by the explosion and taken away in ambulances. B

Members of a bomb squad cordoned off the area.

The protest was just one of a host of activities planned in advance of Monday’s eighth anniversary of the students’ disappearances.

Last month, interior undersecretary Alejandro Encinas, who leads a truth commission investigating the case, called it a “state crime” and directly implicated the military, among other state actors including local and state police.

Last week, Mexico arrested a retired general, who had been in charge of the local army base in Iguala when the abductions occurred.

Dozens of student protesters arrived at the Attorney General’s Office on board buses on Thursday morning. Police with helmets and riot shields formed several lines of defence in front the entrances.

On Wednesday, activists had vandalised the exterior of Israel’s embassy in Mexico City.

Mexico is seeking the extradition from Israel of another key figure in the investigation of the students’ disappearance.