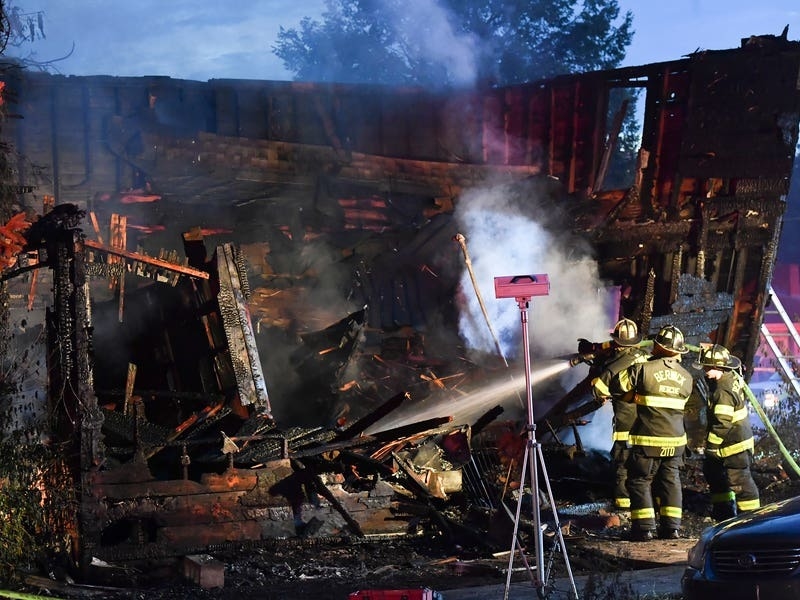 A volunteer firefighter who responded to a blaze in Pennsylvania has said he fears all 10 victims are members of his family.

Nescopeck firefighter Harold Baker told a local newspaper that the victims expected to be found in the house included his son, daughter, father-in-law, brother-in-law, sister-in-law, three grandchildren and two other relatives.

The fire in Nescopeck was reported at around 2.30am. One person was found dead inside the single-family home shortly after emergency responders arrived while two other victims were found later in the morning. A criminal investigation has been launched.

The dead children were aged five, six and seven while the oldest victim was 70.

“When we turned the corner up here on Dewey (Street) I knew right away what house it was just by looking down the street,” Mr Baker told the Citizens’ Voice. “I was on the first engine, and when we pulled up, the whole place was fully involved. We tried to get in to them.”

Mr Baker, who was relieved of his firefighting duties because of his relationship to the victims, said 14 people were living in the home. One of them was out delivering newspapers and three others escaped, he said.