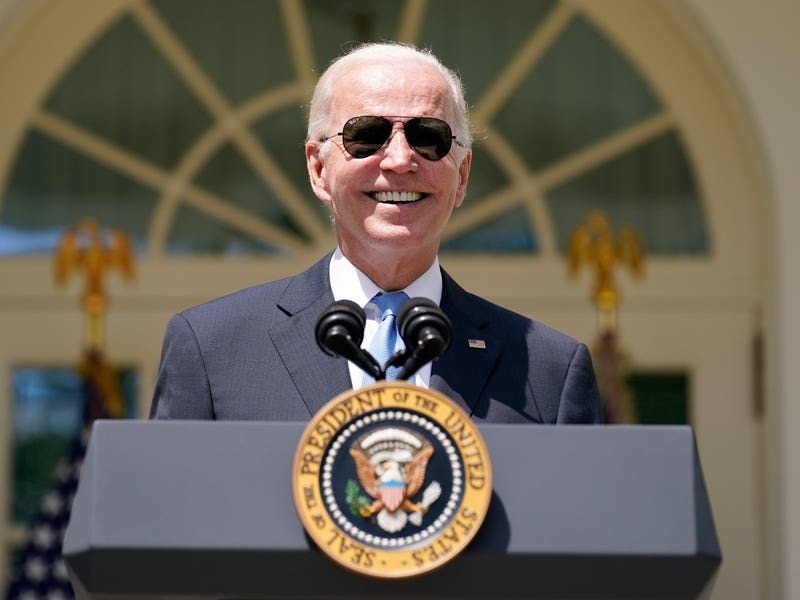 US President Joe Biden has emerged from five days of isolation after contracting coronavirus, telling Americans that “Covid isn’t gone” but saying serious illness can be avoided with vaccines, booster shoots and treatments.

“You don’t need to be president to get these tools,” he said.

Mr Biden had a mild bout with the virus that has killed millions of people around the world and disrupted daily life for more than two years.

“God bless you all, and now I get to go back to the Oval Office,” he said as he finished his remarks in the Rose Garden and returned to the West Wing of the White House.

“Back to the Oval,” the president tweeted after the White House released the latest daily update from his doctor confirming that he was clear to end the isolation period that is required after someone tests positive for coronavirus.

Mr Biden’s tweet included a photo of a rapid Covid-19 test with the line showing a negative result.

“Thanks to Doc for the good care, and to all of you for your support,” the president’s tweet said.

He continued to work during isolation, holding meetings virtually and addressing groups through recorded messages.

The president remains free of fever and had not used Tylenol in the past 36 hours.

“Given these reassuring factors, the president will discontinue his strict isolation measures,” the doctor wrote.

Mr Biden plans to wear a “well-fitting” face mask for five more days anytime he is around others.