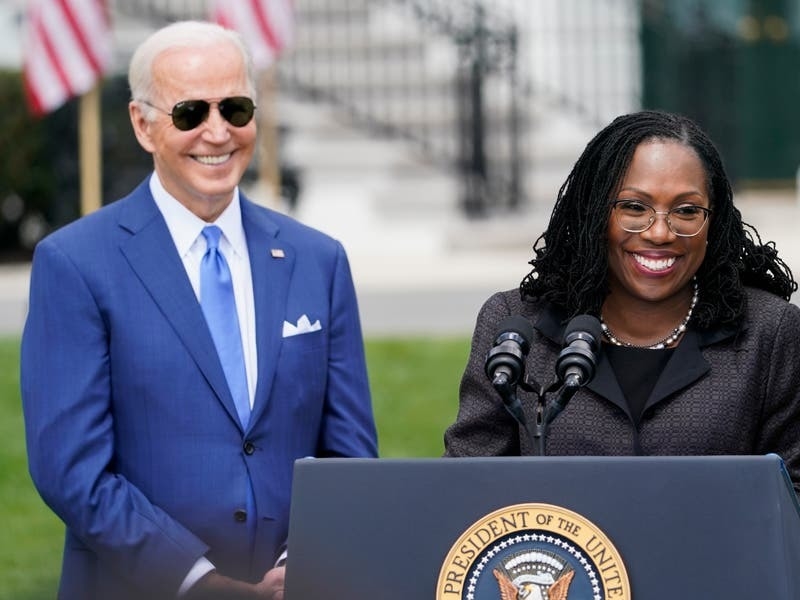 The first black woman confirmed for the US Supreme Court, Ketanji Brown Jackson, will on Thursday take her seat.

Ms Jackson will be sworn as the court’s 116th justice at midday, just as the man she is replacing, Justice Stephen Breyer, retires.

Mr Breyer said in a letter to President Joe Biden that his retirement will take effect at noon, after nearly 28 years on the nation’s highest court.

Ms Jackson, like Mr Breyer, is a liberal so the change will not affect the balance of the court.