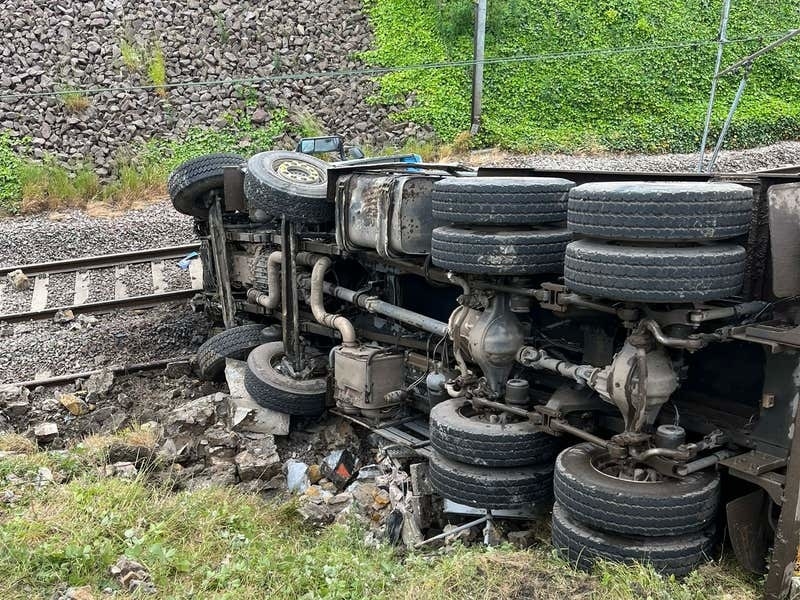 A major rail route remains closed after a lorry struck the east coast mainline in East Lothian on Thursday.

The lorry left the road and crashed into a wall before landing on the railway at Haddington Road in Wallyford at around 1.30pm.

A crane was brought in to remove the lorry from the tracks and crews worked through the night to restore services, but Network Rail announced the track was still closed on Friday morning.

Network Rail said on Friday morning they are making “good progress” on repairs and that reopening is “imminent” after the lorry strike destroyed a signalling cabinet.

A 41-year-old man was taken to hospital with serious injuries and Police Scotland have appealed for any witnesses to come forward.

“If you were in the area at the time, please think back and get in touch with us if you have any information which may be able to assist our investigation.

“We are also keen to speak to motorists who may have dash-cam footage of the incident.

“I’d ask anyone with any information to contact Police Scotland via 101 quoting reference number 1714 of Thursday June 23 2022.”