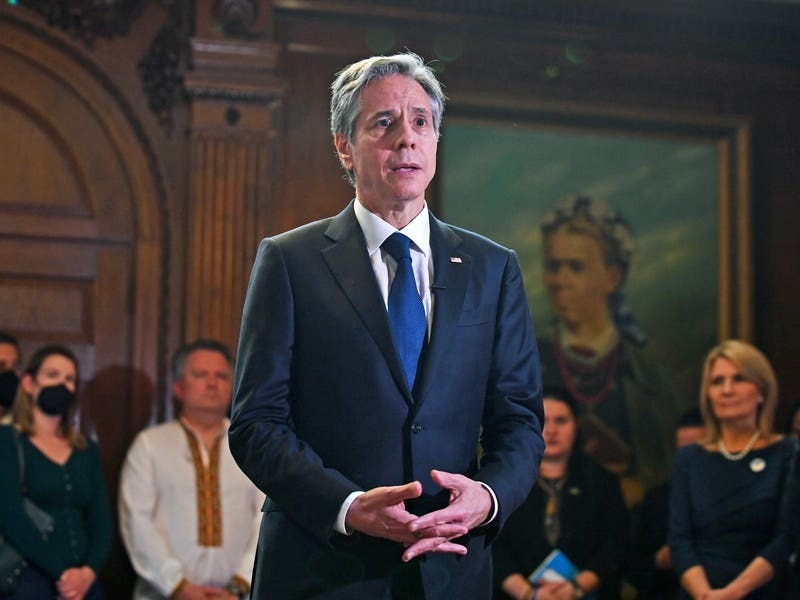 US Secretary of State Antony Blinken has accused Russia of weaponising food and holding grain for millions of people around the world hostage to help “break the spirit of the Ukrainian people”.

He told a UN Security Council meeting called by the United States that the war has halted maritime trade in large areas of the Black Sea and made the region unsafe for navigation, trapping Ukrainian agricultural exports and jeopardising global food supplies.

Mr Blinken said the meeting, which he chaired, was taking place “at a moment of unprecedented global hunger” fueled by climate change and Covid-19 “and made even worse by conflict”.

Russia’s UN Ambassador Vassily Nebenzia dismissed as “absolutely false” claims by the US and Western nations “that we want to starve everyone to death and that only you and Ukraine allegedly care about how to save the lives of the country”.

“You assert that allegedly we are preventing agricultural products from being taken out of Ukraine by sea,” he said.

Mr Nebenzia warned: “Unless this issue is resolved, we cannot speak of any opportunities to export Ukrainian grain by sea.”

He stressed that Russia remains “a responsible supplier of both food and energy”.

“Why is it that as a result of your irresponsible geopolitical games, the poorest countries and regions must suffer?”

Mr Blinken called Russia’s claims that sanctions are to blame for the worsening global food crisis false, declaring: “The decision to weaponise food is Moscow’s and Moscow’s alone.”

Mr Blinken said sanctions imposed by the US and many others aren’t preventing Russia from exporting food and fertilizers because they exempt exports of food, fertiliser and seeds. “And we’re working with countries every day to ensure that they understand that sanctions do not prevent the flow of these items,” he added.

It came after President Joe Biden threw his support behind applications by Sweden and Finland to join Nato as Russia’s war in the heart of Europe challenges the continent’s security.