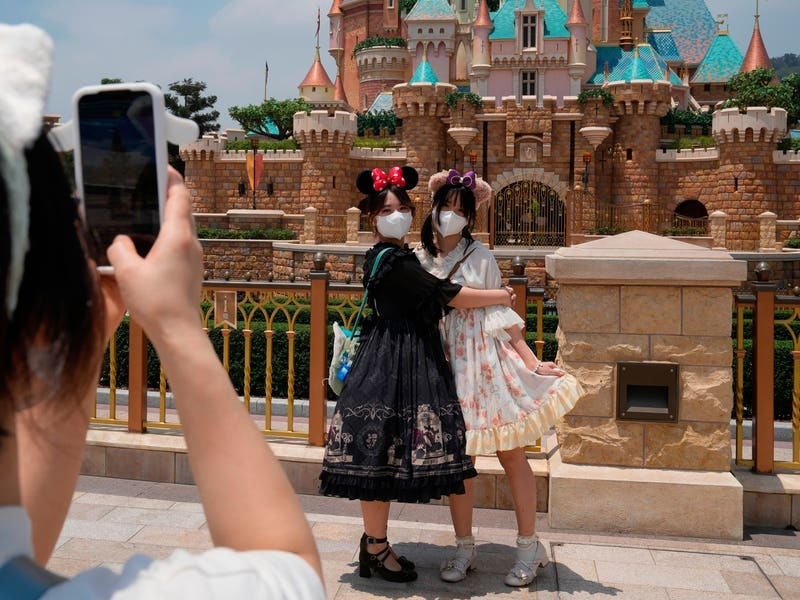 Hong Kong has relaxed pandemic restrictions, with Disneyland and museums reopening and night-time restaurant dining resuming as the city’s worst Covid-19 outbreak appears to be fading.

Enthusiastic visitors ran into Disneyland the moment the gates opened after a three-month closure.

Popular theme parks were ordered to close in January as Hong Kong’s fifth wave of the coronavirus took hold. Nearly 1.2 million people in the city of 7.4 million were infected in less than four months, and nearly 9,000 have died.

The city was caught off guard as the surge, driven by highly transmissible Omicron variant, overwhelmed hospitals. At the peak of the outbreak, bodies were stored in refrigerated containers because mortuaries were full.

The easing of restrictions came after officials acknowledged that people were getting frustrated with the measures, and that there must be a balance between fighting the epidemic and resumption of normal activities.

Previously, authorities were reluctant to ease measures until it was clear that outbreaks in the city were stamped out.

Theme parks can now operate at 50% capacity, and visitors must show proof of vaccination. At Disneyland, employees held up signs reminding people to practise social distancing.

In mainland China, the death toll rose to 25 in an outbreak in Shanghai that has all but shut down the country’s largest city.

Health authorities said on Thursday that eight more people had died in the previous day. The relatively low number of reported deaths highlights China’s use of much narrower criteria than the rest of the world for its pandemic statistics.

Some said on social media that they dare not venture out anyway, wary of entering nearby areas that have had recent cases.

Officials said this week that 12.3 million people in the city of 25 million are now in “control” or “prevention” areas, which are less restrictive than lockdown zones in the three-tier system. That is four million more than 10 days ago, they said.

However, one of the city’s 16 districts announced on Thursday that no residents would be allowed to leave their compounds.

The Jing’an district in central Shanghai said that even those in prevention areas, the least restrictive zone, would no longer be able to venture into the surrounding area.

The city reported 18,495 new local cases on Thursday, including 15,861 without symptoms.

In eastern Shanghai, some residents were ordered to leave their homes while health workers carried out a large-scale disinfection following a spike in cases, according to news reports and social media posts.