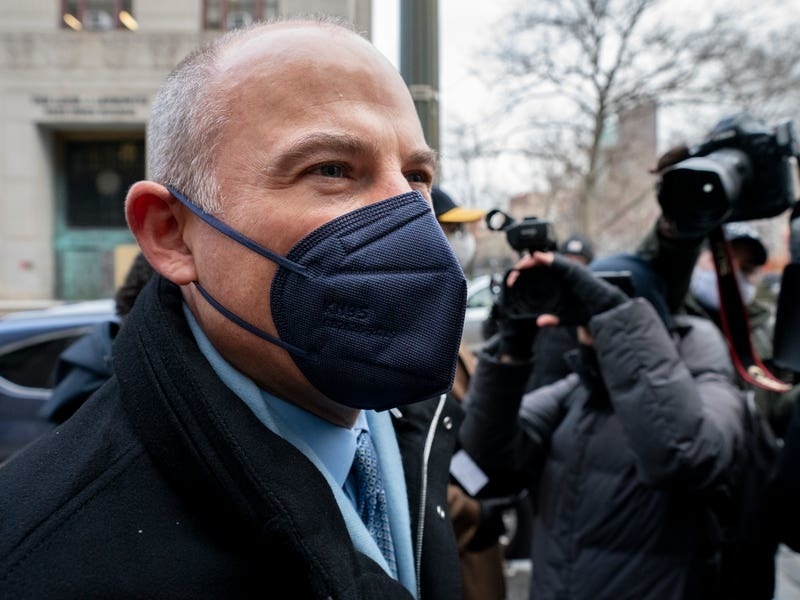 Stormy Daniels has given evidence in the trial of her former lawyer Michael Avenatti, telling a jury he “stole from me and lied to me”.

Prosecutors say he cheated Daniels of nearly 300,000 dollars of her 800,000-dollar publisher’s advance on her 2018 autobiography Full Disclosure.

Avenatti insists he is innocent.

Daniels, wearing a black dress, maroon sweater and black heels, began her evidence late in the morning after she was summoned to the witness box, which was enclosed in a see-through plastic box with a special air filter so she could remove her mask.

The prosecutor asked her to identify Avenatti in the courtroom, prompting him to stand.

“He’s the gentleman standing up in the blue shirt,” she said.

Among Mr Sobelman’s first questions was to ask if Daniels preferred to use any other name.

“Stormy Daniels,” she said, explaining that was her stage name.

After he asked her about Avenatti’s representation of her in 2018, he asked her why the lawyer-client relationship ended and she hired another lawyer.

“I hired a new attorney because he stole from me and lied to me,” she said.

She sought legal representation because she wanted to speak publicly about her claims that she had a sexual encounter with Mr Trump over a decade earlier.

She had been paid 130,000 dollars days before the 2016 presidential election to remain silent. The former president has denied the claims.

Daniels said a formal agreement called for her to pay Avenatti 100 dollars. She gave it to him in cash at a restaurant in Los Angeles, and he used it to pay for lunch.

She said a crowd-funding website was used to raise 650,000 dollars for Avenatti’s representation of her.

Mr Sobelman asked her if she had ever agreed with Avenatti to pay him more than the 100 dollars.

Avenatti, 50, has pleaded not guilty to wire fraud and aggravated identify theft.