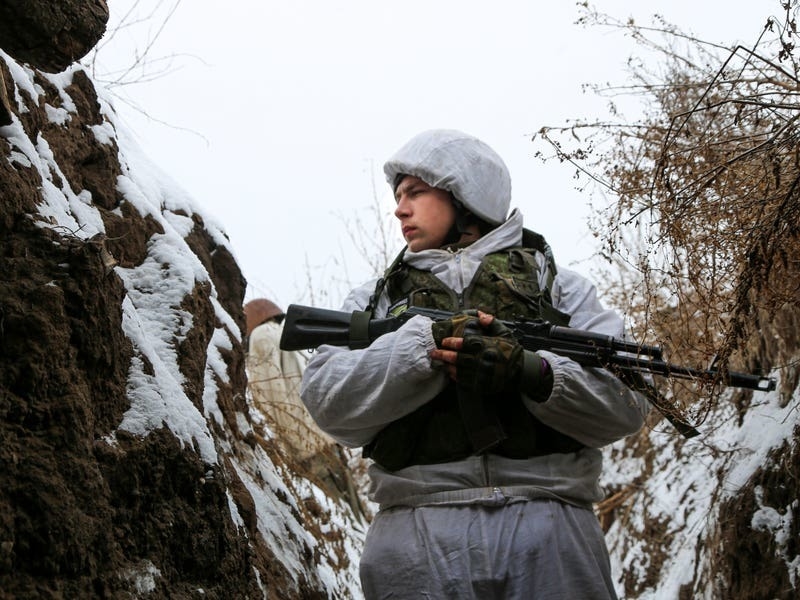 The US rejection of Russia’s main demands to resolve the crisis over Ukraine leaves little ground for optimism, the Kremlin has said, but added that dialogue is still possible.

Tensions have soared in recent weeks as the US and its Nato allies expressed fear that a build-up of about 100,000 Russian troops near Ukraine signalled Moscow planned to invade its ex-Soviet neighbour.

Russia denies planning an invasion and has laid out a series of demands it says will improve security in Europe.

The US did outline areas in which some of Russia’s concerns might be addressed, possibly offering a path to de-escalation.

“There is no change, there will be no change,” US secretary of state Antony Blinken said, repeating the warning that any Russian incursion into Ukraine would be met with massive consequences and severe economic costs.

Kremlin spokesman Dmitry Peskov told reporters that the response from the US — and a similar one from Nato — leaves “little ground for optimism”, but added: “There always are prospects for continuing a dialogue, it’s in the interests of both us and the Americans.”

Russian foreign minister Sergei Lavrov noted that the US response contains some elements that could lead to “the start of a serious talk on secondary issues”, but emphasised that “the document contains no positive response on the main issue” – the Russian demands for the non-expansion of Nato and the non-deployment of weapons that may threaten Russia.

He told reporters that senior officials will now submit their proposals to Mr Putin, and Mr Peskov said the Russian reaction would come soon.

Mr Peskov added that Mr Putin and US President Joe Biden will decide whether they need to have another conversation following two calls last month.

Russia has launched a series of military drills: motorised infantry and artillery units in south-western Russia practised firing live ammunition, warplanes in Kaliningrad on the Baltic Sea performed bombing runs, dozens of warships sailed for training exercises in the Black Sea and the Arctic, and Russian fighter jets and paratroopers arrived in Belarus for joint war games.

Meanwhile, Nato said it was bolstering its deterrence in the Baltic Sea region, and the US ordered 8,500 troops on higher alert for potential deployment to Europe.