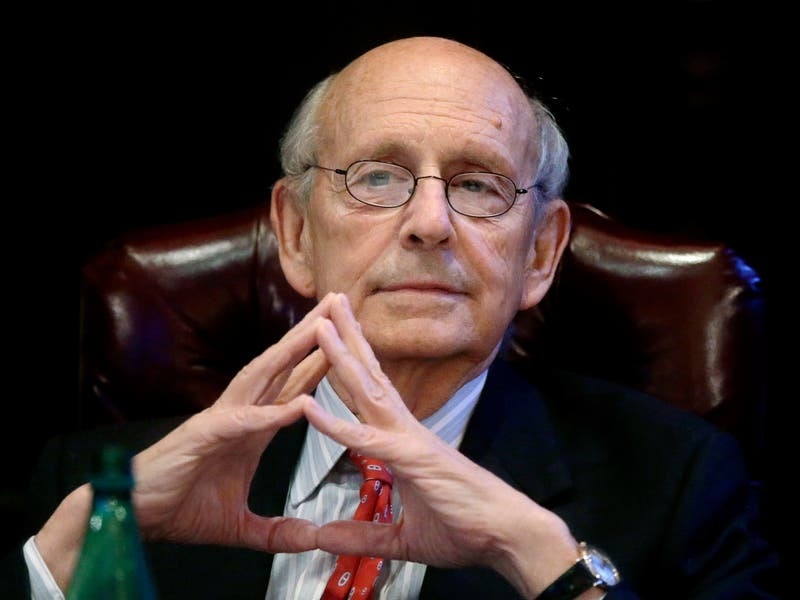 The two are to deliver remarks in the Roosevelt Room a day after news broke of 83-year-old Justice Breyer’s upcoming retirement. He made it official on Thursday; the Supreme Court sent out his retirement letter just before the two were to meet.

The president is considering at least three judges for the vacancy, and reiterated his pledge to nominate the first black woman to the Supreme Court, saying it was “long overdue”. He promised to have a choice by the end of February.

He installed five black women on federal appeals courts, and three more nominations are pending before the Senate, their experience ranging from civil rights work to federal defence.

By the end of his first year, Mr Biden had won the confirmation of 40 judges, the most since Ronald Reagan. Of those, 80% were women and 53% were people of colour, according to the White House.

Early discussions about a successor are focusing on US Circuit Judge Ketanji Brown Jackson, US District Judge J Michelle Childs and California Supreme Court Justice Leondra Kruger, according to sources.

“He has a strong pool to select a candidate from, in addition to other sources. This is an historic opportunity to appoint someone with a strong record on civil and human rights,” said Derrick Johnson, president of the NAACP (National Association for the Advancement of Coloured People).