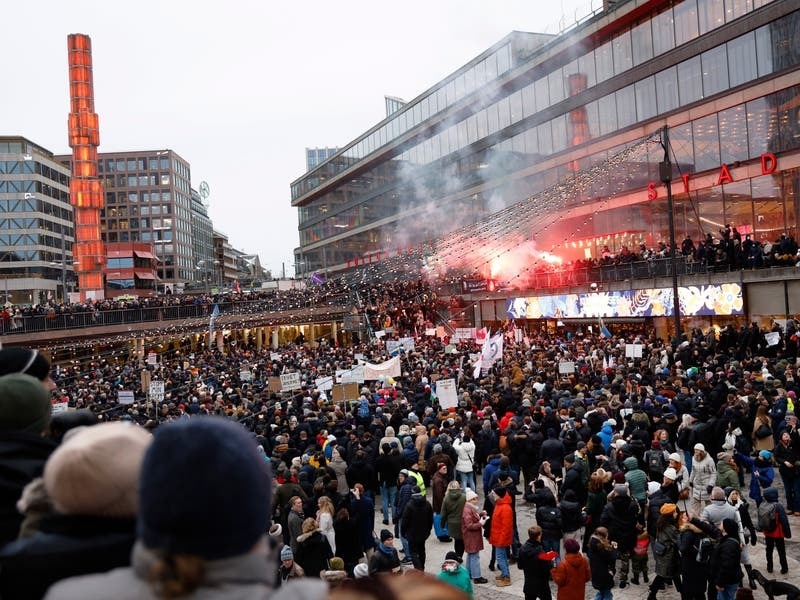 Thousands of people in capital cities across Europe protested on Saturday against vaccine passports and other requirements governments have imposed in the hope of ending the coronavirus pandemic.

In Sweden, where vaccine certificates are required to attend indoor events with more than 50 people, some 3,000 demonstrators marched though central Stockholm and assembled in a main square for a protest organised by the Frihetsrorelsen, or Freedom Movement.

Swedish media reported that representatives from the neo-Nazi Nordic Resistance Movement attended the action with a banner.

Swedish security police had warned that right-wing extremists might take part in Saturday’s protest. No major incidents or clashes were reported by late afternoon.

A similar demonstration with some 1,000 participants was held also in Gothenburg, Sweden’s second-largest city.

Restaurants and events are allowed to require vaccine passports.

Police said some 4,000 people marched on Saturday through the streets of central Helsinki to protest.

A group called World Wide Demonstration organised the demonstration. No unrest or violence was reported to police.