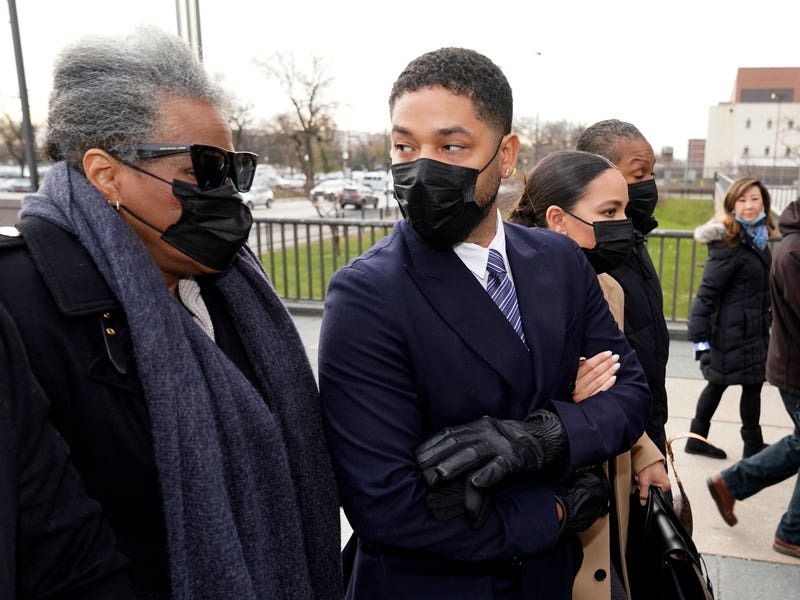 Jussie Smollett “is a real victim” of a “real crime”, his lawyer said as the ex-Empire actor’s trial started on Monday.

Nenye Uche rejected prosecutors’ allegation Smollett staged a homophobic and racist attack in Chicago after the television studio where he worked did not take hate mail he had received seriously.

Mr Uche said two brothers attacked Smollett in January 2019 because they did not like him and that a 3,500 dollar (£2,628) cheque the actor paid the men was for training so he could prepare for an upcoming music video — not as payment for staging a hate crime, as prosecutors allege.

The lawyer also suggested a third attacker was involved and told jurors there is not a “shred” of physical and forensic evidence linking Smollett to the crime prosecutors allege.

Uche made his opening statement after special prosecutor Dan Webb told jurors that the actor recruited the brothers to help him carry out a fake attack, then reported it to Chicago police, who classified it as a hate crime and spent 3,000 staff hours on the investigation.

Smollett told police he was attacked by supporters of then-president Donald Trump — igniting political divisions around the country.

“When he reported the fake hate crime that was a real crime,” said Mr Webb, who was named as special prosecutor after Cook County State’s Attorney Kim Foxx’s office dropped the original charges filed against Smollett. A new indictment was returned in 2020.

Smollett, who arrived at the courthouse in Chicago on Monday with his mother and other family members, is charged with felony disorderly conduct.

The class 4 felony carries a prison sentence of up to three years, but experts have said it is likely that if Smollett is convicted he would be placed on probation and perhaps ordered to perform community service.