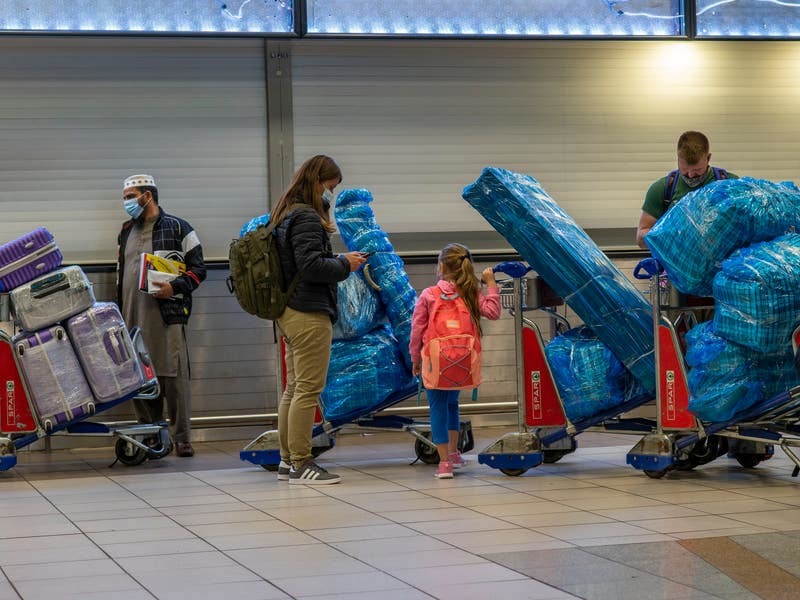 New restrictions are being imposed on travel from countries in southern Africa as the world scrambles to contain a new variant of coronavirus that has the potential to be more resistant to the protection offered by vaccines.

A host of countries, including Australia, Brazil, Canada Iran, Japan, Thailand and the US, joined others, including the European Union and the UK, in imposing restrictions on southern African countries in response to warnings over the transmissibility of the new Omicron variant — against the advice of the World Health Organisation.

Despite the shutdown of flights, there was increasing evidence that the variant is already spreading. Cases have been reported in travellers in Belgium, Israel and Hong Kong.

The Italian news agency LaPresse says an Italian who travelled to Mozambique has tested positive for it.

The business traveller landed in Rome on November 11 and returned to his home near Naples. Five family members, including two school-age children, have also tested positive. All are isolating and have light symptoms.

The variant was confirmed by Sacco hospital in Milan, and Italy’s National Health Institute said the man had received two doses of the vaccine.

Italy’s health ministry is urging all regions to increase its tracing of the virus and sequencing to detect cases of the new variant.

In Germany, the Max von Pettenkofer Institute, a Munich-based microbiology centre, said the variant was confirmed in two travellers who arrived on a flight from South Africa on November 24.

The WHO named the new variant Omicron and called it a variant of concern because of its high number of mutations and some early evidence that it carries a higher degree of infection than other variants.

That means people who contracted Covid-19 and recovered could catch it again. It could take weeks to know if current vaccines are less effective.

With so much uncertainty about Omicron and scientists unlikely to flesh out their findings for a few weeks, countries around the world have been taking a safety-first approach, in the knowledge that previous outbreaks of the pandemic have been partly fuelled by lax border policies.

“It seems to spread rapidly,” US president Joe Biden said on Friday, a day after celebrating the resumption of Thanksgiving gatherings for millions of American families and the sense that normal life was coming back at least for the vaccinated.

In announcing new travel restrictions, he told reporters: “I’ve decided that we’re going to be cautious.”

Nearly two years after the start of the pandemic that has claimed more than five million lives around the world, countries are on high alert.

The planes arrived from Johannesburg and Cape Town shortly after the Dutch government imposed a ban on flights from southern African nations.

The variant’s swift spread among young people in South Africa has alarmed health professionals, even though there was no immediate indication whether the variant causes more severe disease. In just two weeks, Omicron has turned a period of low transmission in the country into one of rapid growth.

A number of pharmaceutical firms, including AstraZeneca, Moderna, Novavax and Pfizer, said they have plans in place to adapt their vaccines in light of the emergence of Omicron.

Professor Andrew Pollard, director of the Oxford Vaccine Group which developed the AstraZeneca vaccine, expressed cautious optimism that existing vaccines could be effective at preventing serious disease from the variant.

He said most of the mutations appear to be in similar regions as those in other variants.

“At least from a speculative point of view we have some optimism that the vaccine should still work against a new variant for serious disease but really we need to wait several weeks to have that confirmed.”

He added that it is “extremely unlikely that a reboot of a pandemic in a vaccinated population like we saw last year is going to happen”.

Some experts said the variant’s emergence illustrates how rich countries’ hoarding of vaccines threatens to prolong the pandemic.

Fewer than 6% of people in Africa have been fully immunised against Covid-19, and millions of health workers and vulnerable populations have yet to receive a single dose.

Those conditions can speed up the spread of the virus, offering more opportunities for it to evolve into a dangerous variant.