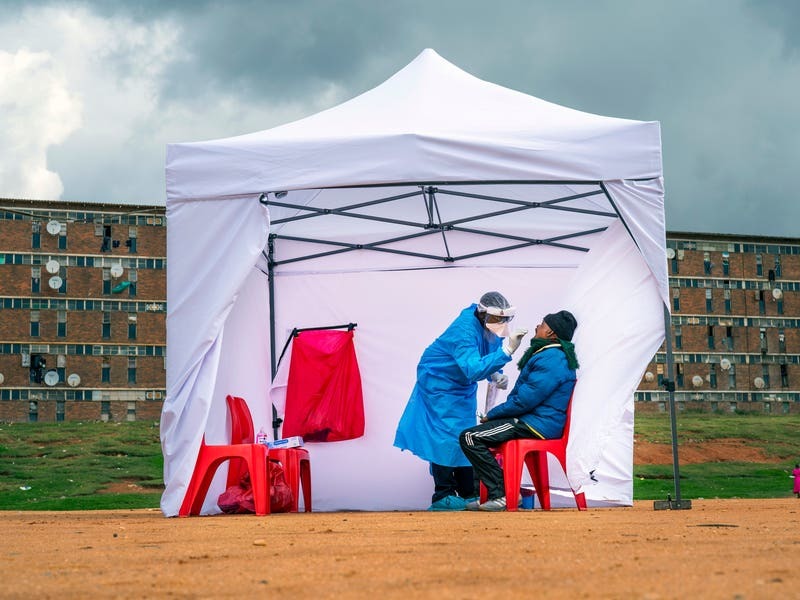 Scientists in South Africa are scrambling to combat the lightning spread of the highly transmissible new Omicron variant of Covid-19 that was first detected in the country.

In two weeks, the variant has sent South Africa from a period of low transmission to rapid growth of new confirmed cases.

“We’re seeing a marked change in the demographic profile of patients with Covid-19,” Rudo Mathivha, head of the intensive care unit at Soweto’s Baragwanath Hospital, told an online press briefing.

“Young people, in their 20s to just over their late 30s, are coming in with moderate to severe disease, some needing intensive care. About 65% are not vaccinated and most of the rest are only half-vaccinated,” she said.

“I’m worried that as the numbers go up, the public health care facilities will become overwhelmed.”

She said urgent preparations are needed to enable public hospitals to cope with a potential large influx of patients needing intensive care.

“We know we have a new variant,” said Ms Mathivha. “The worst-case scenario is that it hits us like Delta… we need to have critical care beds ready.”

Scientists identified the new variant which diagnostic tests indicate is likely to be responsible for as many as 90% of new cases, according to South Africa’s health officials.

Early studies show that it has a reproduction rate of 2 — meaning that every person infected by it is likely to spread it to two others.

The variant has a high number of mutations that appear to make it more transmissible and help it evade immune responses.

The World Health Organisation looked at the data on Friday and named the variant Omicron, under its system of using Greek letters, calling it a highly transmissible variant of concern.

“It’s a huge concern. We all are terribly concerned about this virus,” Professor Willem Hanekom, director of the Africa Health Research Institute, told the Associated Press.

“The scientific reaction from within South Africa is that we need to learn as much as soon as possible. We know precious little,” he said.

“For example, we do not know how virulent this virus is, which means how bad is this disease that it causes?”

A key factor is vaccination. The new variant appears to be spreading most quickly among those who are unvaccinated. Currently, only about 40% of adult South Africans are vaccinated, and the number is much lower among those in the 20-40 age group.

South Africa has nearly 20 million doses of vaccines — made by Pfizer and Johnson & Johnson — but the numbers of people getting vaccines is about 120,000 per day, far below the government’s target of 300,000.