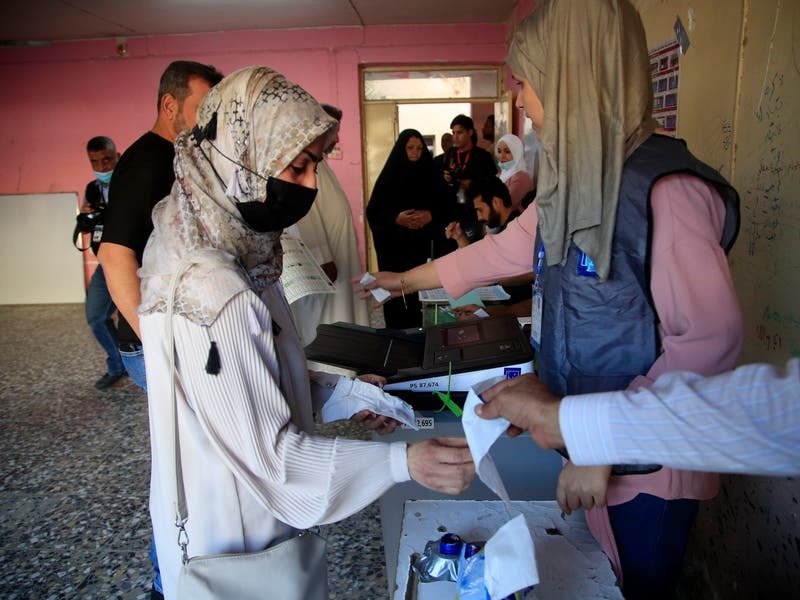 Iraq closed its airspace and land border crossings on Sunday as voters headed to the polls to elect a parliament that many hope will deliver much-needed reforms after decades of conflict and mismanagement.

The elections were scheduled to be held next year but were brought forward in response to a popular uprising in the capital, Baghdad, and southern provinces in late 2019.

Tens of thousands of people took to the streets to protest against endemic corruption, poor services and rising unemployment.

They were met with deadly force by security forces firing live ammunition and tear gas, and more than 600 people were killed and thousands injured within just a few months.

A series of kidnappings and targeted assassinations that killed more than 35 people has further discouraged many from taking part.

A total of 3,449 candidates are vying for 329 seats in the parliamentary elections, which will be the sixth held since the fall of Saddam Hussein after the US-led invasion of Iraq in 2003.

More than 250,000 security personnel across the country were tasked with protecting the vote.

President Barham Salih and Prime Minister Mustafa al-Kadhimi urged Iraqis to vote amid widespread apathy and scepticism from many.

“Get out and vote, and change your reality for the sake of Iraq and your future,” said Mr al-Kadhimi, repeating it three times after he cast his ballot at a school in Baghdad’s heavily fortified Green Zone, home to foreign embassies and government offices.

“To those who hesitate, put your trust in God and go and choose those you deem appropriate,” he added, reflecting concerns over a low turnout. “This is our opportunity for reform.”

The 2018 elections saw just 44% of eligible voters cast their ballots, a record low. The results were widely contested. There are concerns of a similar or even lower turnout this time.

Iraq’s top Shiite cleric and a widely respected authority, Grand Ayatollah Ali al-Sistani, has called for a large turnout, saying that voting remains the best way for Iraqis to take part in shaping their country’s future.

A tight race is expected between Mr al-Sadr’s Sairoun list and the Fatah Alliance, led by paramilitary leader Hadi al-Ameri, which came in second in the previous election.

The Fatah Alliance is comprised of parties affiliated with the Popular Mobilisation Forces, an umbrella group of mostly pro-Iran Shiite militias that rose to prominence during the war against the Sunni extremist Islamic State group.

It includes some of the most hard-line pro-Iran factions, such as the Asaib Ahl al-Haq militia.

Mr al-Sadr, a black-turbaned nationalist and populist leader, is also close to Iran, but publicly rejects its political influence.

The election is the first since the fall of Saddam to proceed without a curfew in place, reflecting the significantly improved security situation in the country following the defeat of IS in 2017. Previous votes were marred by fighting and deadly bomb attacks that have plagued the country for decades.

In another first, Sunday’s election is taking place under a new election law that divides Iraq into smaller constituencies – another demand of the activists who took part in the 2019 protests – and allows for more independent candidates.

A UN Security Council resolution adopted earlier this year authorised an expanded team to monitor the elections. There will be up to 600 international observers in place, including 150 from the United Nations.

Iraq is also for the first time introducing biometric cards for voters. To prevent abuse of electronic voter cards, they will be disabled for 72 hours after each person votes, to avoid double voting.

But despite all these measures, claims of vote buying, intimidation and manipulation have persisted.

The head of Iraq’s electoral commission has said that initial election results will be announced within 24 hours.