France’s coronavirus pass now required in restaurants and on trains 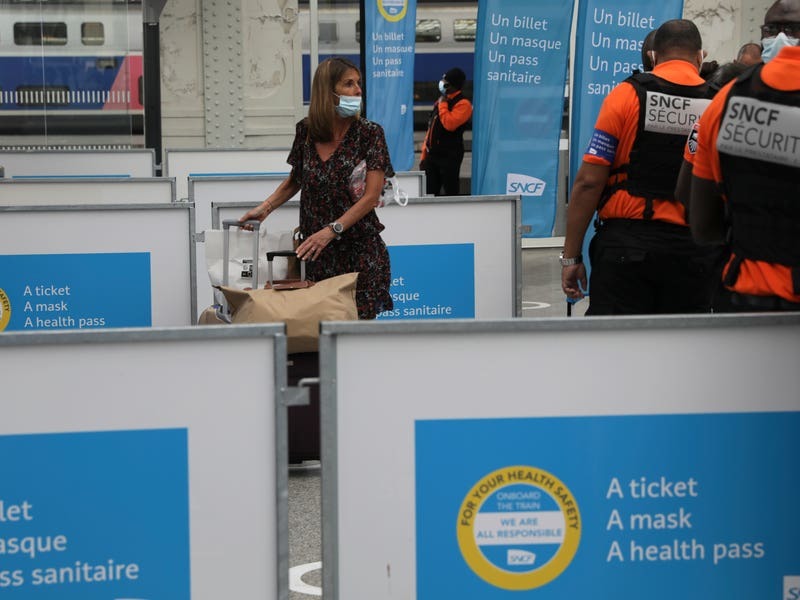 People in France are now required to show a QR code proving they have a special coronavirus pass to enjoy restaurants and cafes or travel across the country.

The measure is part of a government plan to encourage more people to get the vaccine and to slow down a surge in infections, as the highly contagious Delta variant now accounts for most cases in France.

More than 36 million people in France, or over 54% of the population, are fully vaccinated.

The special pass is issued to people who are vaccinated against Covid-19, who have proof of recent recovery from the virus or who have a recent negative test.

In hospitals, visitors and patients who have appointments are required to have the pass.

Exceptions are made for people needing urgent care at the emergency ward.

It is also required on long-distance travel by plane and bus.

Paper or digital documents are accepted.

But the measure has prompted strong opposition from some people who say their freedoms will be compromised, notably by limiting movements and daily activities outside the home.

On Saturday, thousands of demonstrators marched in Paris and other French cities for a fourth consecutive week of protests against the measure.

The pass was already in place last month for cultural and recreational venues including cinemas, concert halls, sports arenas and theme parks.

The law also requires healthcare workers to be vaccinated against the virus by September 15.