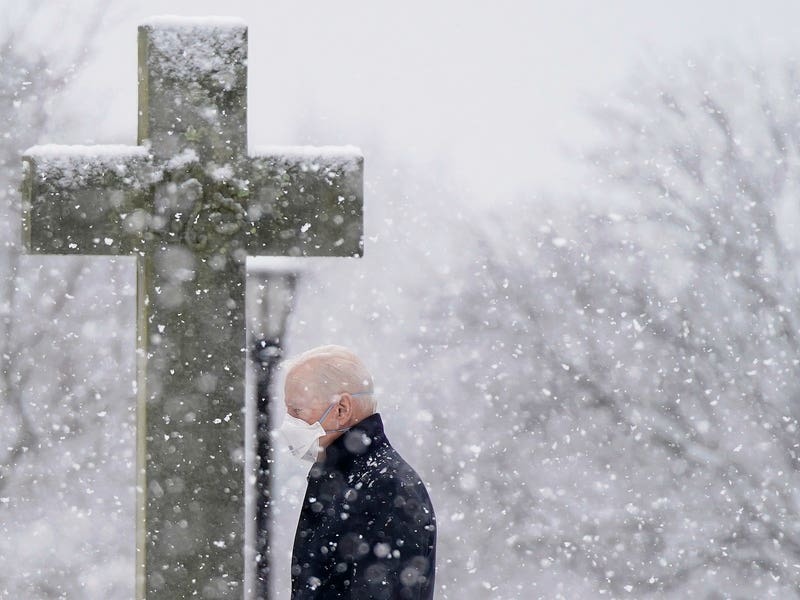 A major snowstorm pushed through the north eastern United States on Sunday, less than a week after a storm dumped more than two feet on parts of the region.

By early afternoon, five to seven inches had already fallen in parts of northwestern New Jersey and southwestern Connecticut.

The highest total was recorded in West Whiteland Township, west of Philadelphia, where about nine inches had fallen.

The National Weather Service predicted up to eight inches of snow in New York City and two to four inches in Washington, D.C.

Up to a foot was projected to fall on some areas along the Connecticut coastline.

A heavy band of snow heading northeast had dumped five inches in the towns of Sharon and Uxbridge, southeast of Boston, by 2pm.

In Connecticut, a jackknifed tractor-trailer caused two exits to be closed on Interstate 84 in Middlebury, with only one lane of traffic getting by.

Weather service forecaster Bob Oravec said a mix of snow and rain would move northward up the East Coast.

“It is a fast-moving storm,” Mr Oravec said.

New York City Mayor Bill de Blasio said Sunday’s snowfall, which started at around 9am in the city, would not close Covid-19 vaccination sites.

The massive snowstorm that hit the region on February 1 forced the postponement of hundreds of vaccination appointments in New York and elsewhere.