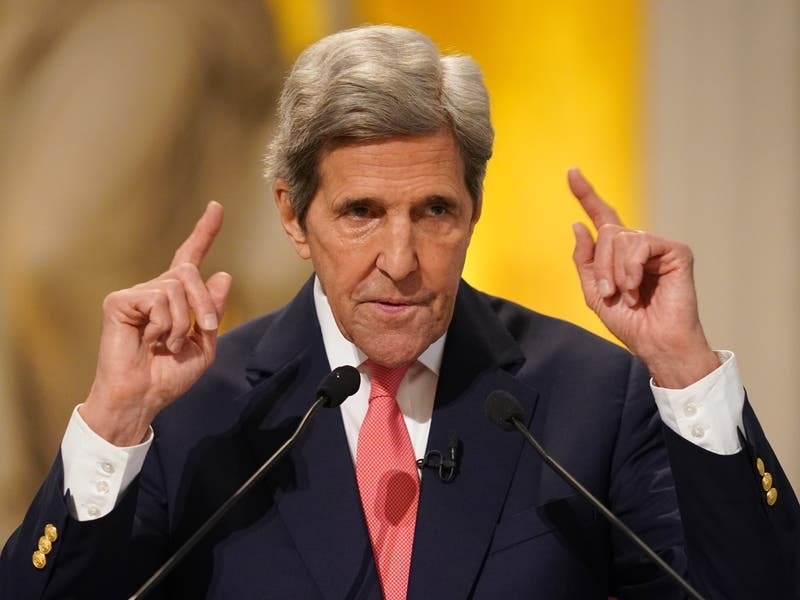 US climate envoy John Kerry has suggested he will keep a close eye on UK plans for a new coal mine in Cumbria.

The underground mine near Whitehaven is expected to extract nearly 2.8 million tonnes of coal per year for use in steel making, rather than power generation, and backers say it will create around 500 jobs for the area.

But opponents warn it will create more greenhouse gas emissions and say it is hypocritical amid UK efforts to show climate leadership and urge the world to give up coal.

“I’m asking my people to give me a better download on exactly what the emissions implications are going to be,” he said.

“Coal is not exactly the direction that the world is trying to move in, or needs to move in. What I want to know is the level of abatement here and the comparison of this particular process in the production of steel.”

Business and engineering experts have questioned the investment in an “1850s technology” to supply coal for steel manufacture as the sector looks to shift to cleaner production methods.

Communities Secretary Michael Gove has acknowledged the scheme may be subject to a legal challenge but insisted it would be a net-zero project and claimed it “would to some extent support the transition to net zero”.

Mr Kerry, who made clear that the US was closing coal-fired power stations, indicated he could join critics of the plan if he felt it sent the wrong message on climate change.

“It depends exactly on the outcome of the statistical analysis that I want to see. And I guarantee you we will analyse it and share that point of view. And if we find something, we will say.”

A Department for Levelling Up spokesperson said: “This coal will be used for the production of steel and would otherwise need to be imported. It will not be used for power generation.

“The mine seeks to be net zero in its operations and is expected to contribute to local employment and the wider economy.”