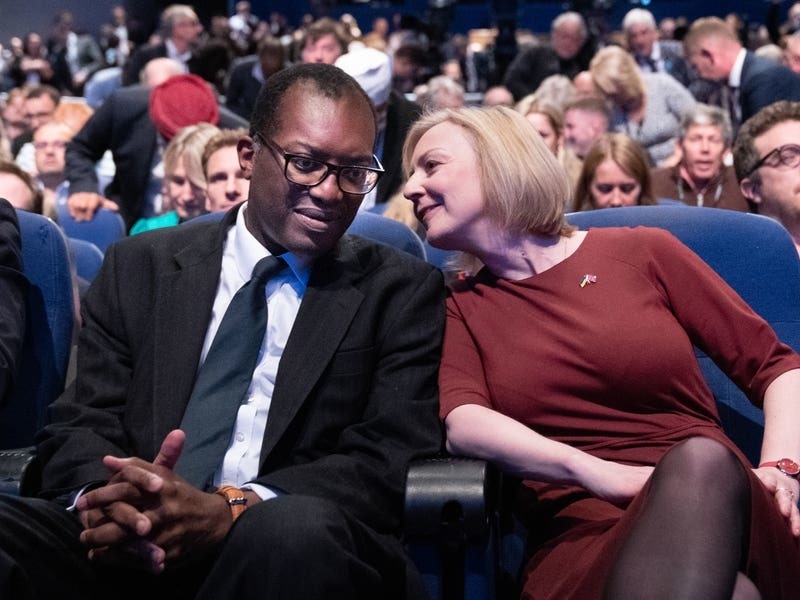 Kwasi Kwarteng has admitted he “got carried away” during his brief stint as chancellor.

Reflecting on Liz Truss’s disastrous seven weeks as prime minister, the chancellor she sacked after he implemented her tax-cutting agenda said her government “blew it”.

Mr Kwarteng has spoken publicly only a handful of times about his disastrous mini-budget and ousting from Government, as Prime Minister Rishi Sunak and Chancellor Jeremy Hunt promptly shifted direction in a bid to reassure financial markets.

“My biggest regret is we weren’t tactically astute and we were too impatient. There was a brief moment and the people in charge, myself included, blew it.”

This is not the first time Mr Kwarteng has spoken about his experience in Government.

The MP for Spelthorne in November claimed he told Ms Truss to “slow down” her radical economic reforms or risk being out of No 10 within “two months”.

The now-backbench MP criticised Ms Truss’s “mad” decision to sack him as chancellor for implementing her plans, while refusing to apologise for the financial turmoil unleashed by their disastrous mini-budget.

Using more than £70 billion of increased borrowing, he set out a package which included abolishing the top rate of income tax for the highest earners and axing the cap on bankers’ bonuses, on top of a massively expensive energy support package.

The mini-budget triggered turbulence in the financial markets, sending the pound tumbling, forcing the Bank of England’s intervention and pushing up mortgage rates.

Asa Bennett said the former prime minister had arrived in Downing Street determined to put “rocket boosters” under the economy and that it was a matter of “bitter regret” that her efforts had failed.

Ms Truss’s short-lived premiership ended in humiliation after her mini-budget led to chaos on financial markets forcing the Bank of England to take emergency action to prevent pension funds collapsing.

Ms Truss resigned after only 44 days in office, with her economic measures swiftly ripped up by new Chancellor Jeremy Hunt and her successor in No 10, Rishi Sunak.