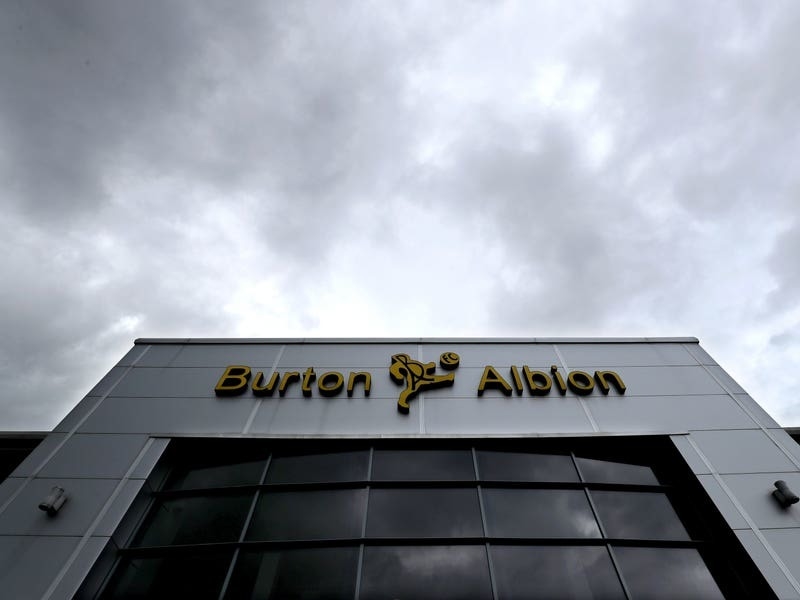 A Charlton Athletic fan has become the first person in the UK to be banned from attending matches for drug offences, a police force has said.

The 52-year-old, of Halt Robin Road, Belvedere, Kent, admitted using drugs during a League One clash between Charlton and Burton on November 12.

Under the new legislation, fans who commit class A drug offences at matches can now be banned for up to 10 years and receive a criminal conviction.

Police said Bordley went into a toilet cubicle in the East Stand of the Pirelli Stadium and was heard taking drugs by stadium security staff, who alerted dedicated football officer, Pc Rich Lymer.

Pc Lymer approached Bordley after he came out of the cubicle and the fan then handed over a plastic bag containing cocaine, which was hidden in his wallet.

He was arrested for possessing a controlled drug of class A and removed from the ground.

Bordley has now been banned from attending any football match in the UK for the next three years and will also be unable to travel abroad to watch England internationals.

The order also means he cannot go within two miles of a football match, in order to stop him from mixing with supporters on match days.

He will also have to surrender his passport when England play away fixtures.

Pc Lymer said: “We’ve become the first police force in the country to secure a banning order for this offence which will greatly benefit matchday experiences in Staffordshire moving forward.

“Those intent on taking harmful drugs into footballs stadiums will be dealt with proportionately and brought to justice.”

Chief Constable Mark Roberts, the National Police Chiefs’ Council’s lead for football policing, added: “This court result should act as a warning to anyone who is considering taking drugs to football.

“If you get caught, you will be banned from all matches for a minimum of three years and will also receive a criminal record.

“Drugs and alcohol continue to be persistent drivers of poor behaviour in football, and wider society, and the introduction of these banning orders is a positive step in tackling the problem.”

“The increase in arrests and football banning orders seen in the release of last season’s Home Office disorder statistics demonstrates that the police are taking positive action to counter disorder, working closely with the CPS.

“We collectively need to make football a safe environment for the overwhelming majority of supporters who just want to enjoy the game.”