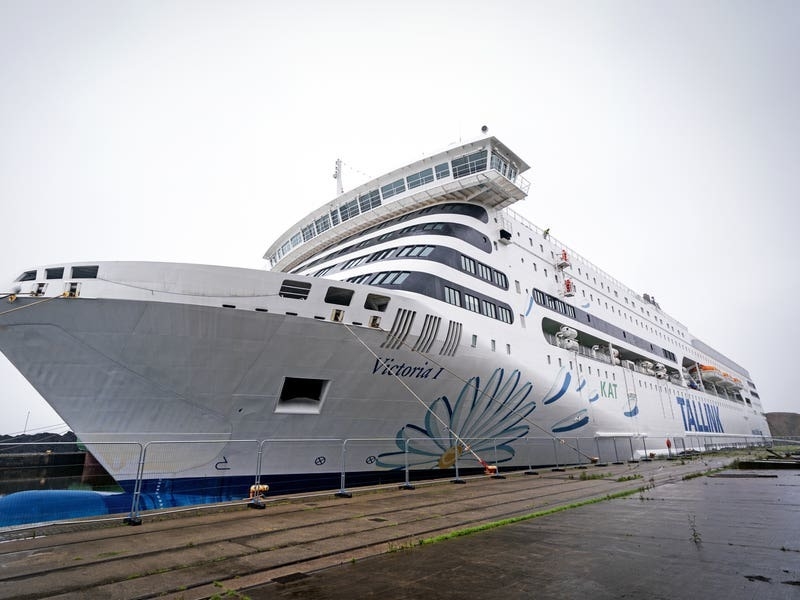 Ukrainian refugees will spend a further five months on a ship which has been accommodating them since June this year, the Scottish Government have confirmed.

The MS Victoria, which is docked in Leith, Edinburgh, will continue to provide “safe accommodation for displaced people” until June 2023 with the option to extend.

Scottish Liberal Democrat leader Alex Cole-Hamilton, however, accused the Scottish Government of “quietly” extending the contract, according to reports by LBC on Friday.

“I spoke to aid workers, working in Lviv, connecting Ukrainian refugees fleeing to Scotland with homes and routes out of Ukraine, who have described the Scottish Government as being humiliatingly underprepared.

“They wanted the kudos of throwing open their doors but they did none of the groundwork.

“I don’t think when these Ukrainians are fleeing unimaginable atrocities at the hands of the Russians, I don’t think they dreamed about a very crowded passenger ship.”

Appropriate long-term accommodation is yet to be identified.

“We’ve extended the contract with the MS Victoria to continue to safely accommodate arrivals from Ukraine. Work continues to match people in temporary accommodation with hosts and matching teams are operating on board both ships.

“We’ve provided up to £50 million of funding for local authorities and registered social landlords to bring void properties back into use and increase the available housing supply.

“This includes the recent allocation of more than £6 million from the Ukraine Longer Term Resettlement Fund to Aberdeen City Council to bring around 500 void properties back into use.”

Mr Gray added: “We would encourage anyone considering becoming a host to come forward and provide a warm welcome. In recognition of this commitment, hosts can receive thank you payments for up to 12 months.

“I’m extremely grateful to people who are already hosting, as well as those who have already put their details forward and are still waiting to be matched.

“I’m proud of the warm welcome the people of Scotland have given to those fleeing the war and the support we are providing to so many thousands of people.”

More than 21,500 people with a Scottish sponsor have arrived in the country since the Russian invasion of Ukraine earlier this year, representing 20% of all UK arrivals.

The ship is currently accommodating around 1,275 refugees including families and children.

All options are being explored with the MS Ambition which is currently docked in Glasgow and has been chartered until February 2023.