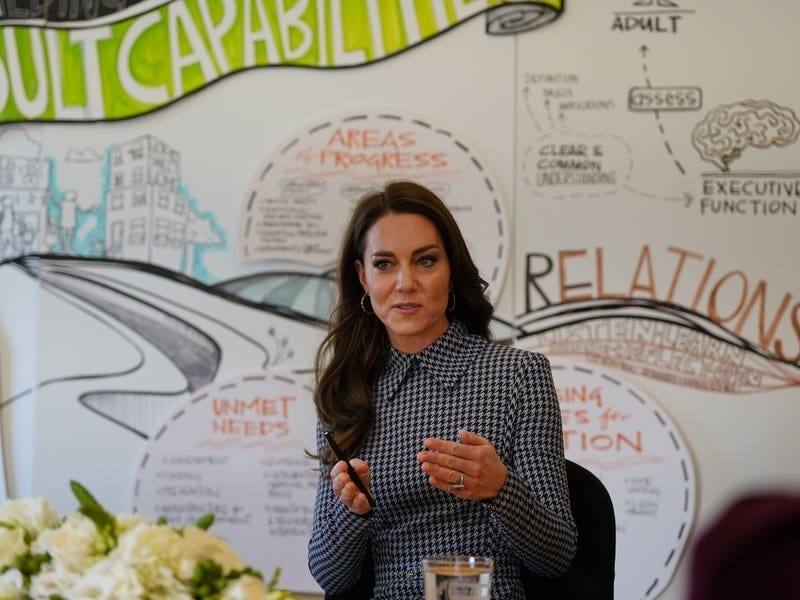 The Princess of Wales has gone on a walkabout in Boston and thanked a woman who spent a thousand dollars travelling to meet the royal for a few seconds.

Kate visited Harvard University to chat to experts in the early years development of children and came armed with a notebook full of handwritten notes.

She spent half an hour with staff from The Centre on the Developing Child – which Kensington Palace described as a “friend” of the Royal Foundation Centre for Early Childhood, established by the princess.

She added: “It is frustrating because I’d like to be here for days.”

The princess also told the researchers: “My interest in early childhood started with the biggest societal challenges, homelessness and addiction, and the importance in how you build resilience with foundations and better mental health for people early on in life.”

Jack Shonkoff, centre director, told the royal: “We appreciate the work the foundation has been doing, it’s a wonderful start. We want to share our science. We are at the frontiers of the science.”

When Kate left, she went on a walkabout to greet well-wishers, and posed for selfies and received flowers.

Allison Morgan, 37, spent a thousand dollars (£870) on flights and a hotel to travel from Williamsburg, Virginia, to see the couple.

She said: “She thanked us for coming out in the cold. It was worth every cent. I’m a huge fan of the royals. My mum was a fan of Diana and my grandmother a fan of the Queen. It is a family tradition.

“I have huge love for them and write and send cards. I do think Harry and Meghan could be more supportive to their brother and brother-in-law.

“They should be supporting Catherine and William when they are in Boston.”

Boy, 16, arrested on suspicion of murder after teenage girl stabbed to death