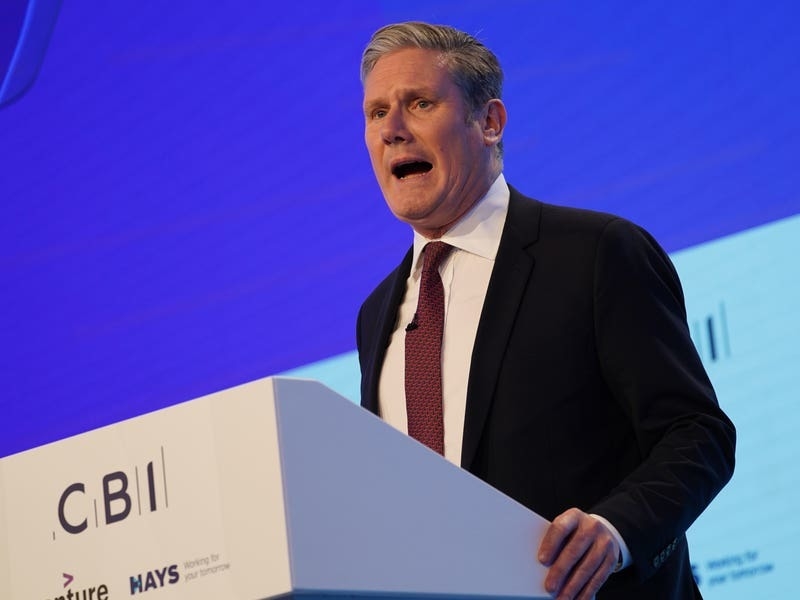 Sir Keir Starmer has said he wants to cut taxes for working people and ruled out a Swiss-style deal with Brussels as he vowed to fight the next election on the economy.

The Labour leader also argued his MPs should not be on picket lines as the country braces for sweeping public sector strikes over the festive period.

He has warned his shadow cabinet against “complacency” as the party enjoys a substantial lead in the polls, insisting “every single vote has to be earned”.

Speaking to The Telegraph’s Chopper’s Politics podcast, he said Labour’s offer will be to “stabilise and grow our economy”, stressing that “everything hangs off that”.

He said he would like to see “lower tax on working people”, but declined to “spell out our manifesto now”.

“Quite often the Labour Party doesn’t want to fight an election on the economy,” he said.

He said the current tax burden – the highest sustained level since the Second World War – is “anti-Conservative stuff”.

“I want taxes to come down for working people,” he said.

“They’ve been really clobbered time and time again, whether that’s on income tax, whether it’s national insurance or council tax or the stealth tax thresholds, everywhere you look.”

However, he warned it is “very important” that “we don’t make promises we can’t keep”.

Pressed on whether the hope is to bring taxes down if Labour wins power, he said: “I would like to see lower tax on working people, yes.”

It follows reports – denied by No 10 – that this was being weighed up behind closed doors in Whitehall.

“I went to Switzerland and studied that model and I wouldn’t do a Swiss model,” the Labour leader said.

But he said the current deal “isn’t good enough”.

Sir Keir also suggested he has no intention of calling a second Scottish independence referendum during the next Parliament, as he ruled out a pact with the SNP.