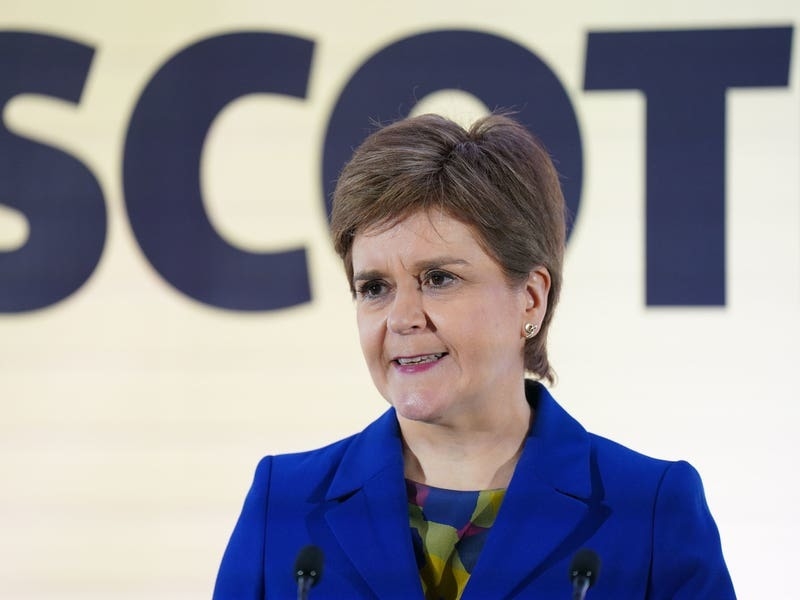 Politicians at Westminster are blocking demands for a second Scottish independence referendum because they fear the outcome, Nicola Sturgeon has claimed.

The Scottish First Minister was speaking the day after the Supreme Court ruled the Scottish Parliament does not have the power to legislate for a vote on independence without the agreement of Westminster.

Speaking during First Minister’s Questions are Holyrood, Ms Sturgeon insisted: “Unionist Westminster politicians want to silence Scotland’s voice because they are scared of what Scotland might say. It is quite simple.”

The First Minister had been asked by SNP backbencher Stephanie Callaghan for her response to the Supreme Court ruling – with Ms Sturgeon saying it shows the UK is no longer a voluntary partnership of nations.

She told MSPs: “Yesterday’s judgment raises profoundly uncomfortable questions about the basis and the future of the United Kingdom.

“Within the UK right now it is the case that England could decide to become independent but Scotland, Wales and Northern Ireland supposedly can’t.”

With Holyrood having a majority of pro-independence MSPs, the First Minister continued: “The mandate for an independence referendum in this Parliament is undeniable, there is a clear majority for that.”

She said stands ready to discuss the issue with the UK Government “at any time”, but added: “I fully anticipate that their democracy denial will continue, at least in the short-term, because they are scared of the outcome of a democratic process.

“Regardless of attempts by Westminster to block democracy, I will always work to ensure that Scotland’s voice is heard and that the future of Scotland is always in Scotland’s hands.”