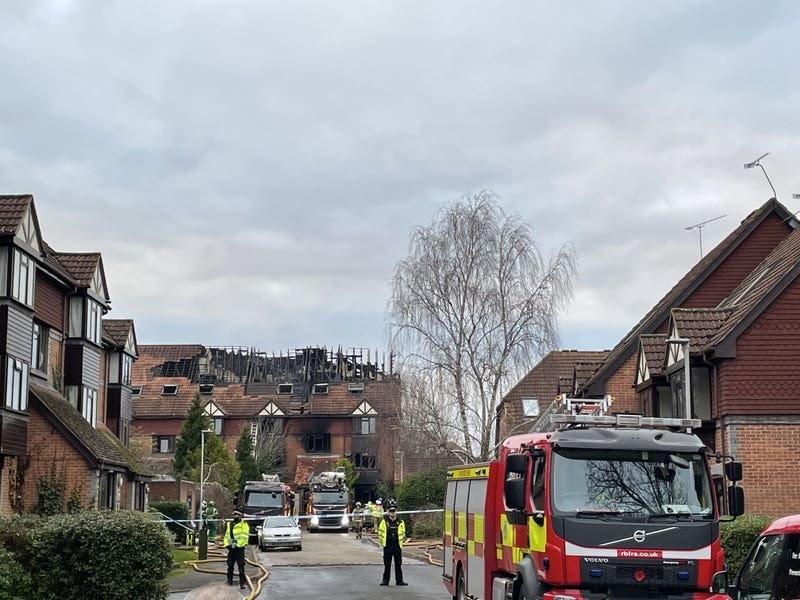 A survivor of a fatal fire said the experience left him “not wanting to live” and he will not forgive arsonist Hakeem Kigundu, who was sentenced to a whole life order in jail on Friday.

Bus driver Joel Richards, 55, lost two friends and suffered third degree burns in the blaze at Rowe Court in Reading, Berkshire, on December 15, after Kigundu, 32, who also lived in the block, conspired to kill his neighbours.

Kigundu pleaded guilty at Reading Crown Court to two counts of murder, two counts of causing grievous bodily harm and one count of arson with intent to endanger life, and returned to the same court for his sentencing.

Residents Richard Burgess, 46, and Neil Morris, 45, were killed, while Mr Richards was badly burned, and resident Laura Wiggins suffered a punctured lung and fractures to her pelvis, spine, arm, and ribs.

During an interview with ITV News, Mr Richards said the Rowe Court community had been counting down the days until Kigundu’s eviction.

Mr Richards said: “We all knew each other, we all got on until this particular person moved in, and then it kind of went sour.

“Everybody was really apprehensive of this guy.

“I was from day one, because he would walk past you and just barge you for no reason at all, hit you with his shoulder, or sit in his van with his lights on in your window for like five hours (while) you’re trying to sleep.”

He roused two people who escaped from a second-floor window, before jumping himself – while so badly burned he had no skin left on one of his hands.

Mr Richards said: “I hung off (the window ledge), then I just jumped and rolled into the bush – some ninja thing, I don’t know. I was fortunate I landed properly.

“The whole building exploded when I landed, so we’re fortunate we got out at that time, because all the windows blew out,” he added. “All the glass came over.”

He suffered serious burns to his face, hands and head, spent seven days in hospital where he was “wrapped up like a mummy”, one month learning to use his hands again, and six months in therapy for PTSD.

Ten months on, Mr Richards said: “It left me scarred and scared and nervous and not wanting to live.

“I went through a lot, but I was fortunate I had a really good therapist.”

Mr Richards said he lost almost all of his belongings in the fire, including a shoebox full of memories his late father had left him.

“I was left with one photo of my son and my driving licence, they were the only things recovered from the fire,” he said.

“Even the clothes, I had no clothes. The clothes I had on, they had to cut off because they were on fire, so I literally went to hospital naked, wrapped in the tinfoil, and that was it – came out with nothing.”

Mr Richards said he also suffers with “survivor’s guilt” after learning that a man he had tried to save from the blaze but did not have the strength to lift from the ground was his late friend Richard Burgess.

When asked whether he felt proud of saving people, he said: “I kind of did, but I had survivor’s guilt, because of the people I didn’t save.

“I was close to Richard, we talked most days.”