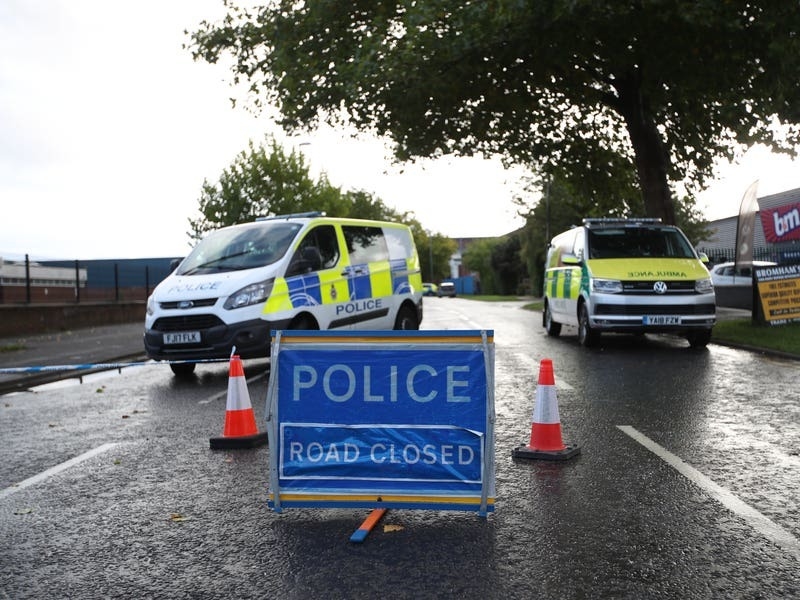 A man armed with a knife has died after being shot by armed officers in the car park of a police station in Derby.

Officers reported seeing the man in the secure car park of Ascot Drive police station at 9.55am on Friday, Derbyshire Constabulary said.

The white man, whose identity is unknown, was treated by officers until paramedics arrived but later died in hospital.

A witness told the BBC he heard six gunshots and saw an armed police officer standing over the man.

Mark Baxter, who works at a nearby motor repair shop, said: “There was a series of gunshots. Two sharp blasts, two shots afterwards, a brief delay and then two more shots.”

He added: “We (went out and) saw there was someone on the ground with a guy stood over him with a gun, police cars and they shut the road off.”

Mick Lahel said: “I heard the gunshots and walked around to the front of Farmfoods.

“I looked right next door to the fire station (which shares the site) and I saw somebody lying on the floor… and I saw an armed policeman with a gun.

“I thought it was an explosion at first, I was waiting to see smoke but then heard sirens.”

Ms Meynell told a press conference that a window was smashed at the station during the incident. No-one else was hurt.

She added: “The male’s identity is currently unknown, but I can confirm he’s a white man and we’re working to establish who he is.”

The Independent Office for Police Conduct (IOPC) has begun an independent investigation into the shooting.

The watchdog said in a statement: “Our investigators are at the scene to begin our inquiries and at the police post incident procedures where the officers involved are providing their initial accounts.

“We can confirm at this stage that a knife has been recovered from the scene. We understand the man has not yet been identified.”

IOPC regional director Derrick Campbell said: “Our thoughts are with all of those affected by this tragic incident.

“It is vital there is an independent investigation into all of the circumstances that resulted in this man’s death.

“I would like to reassure people that we will conduct a thorough and detailed investigation into what took place. Our enquiries are in their very early stages.”