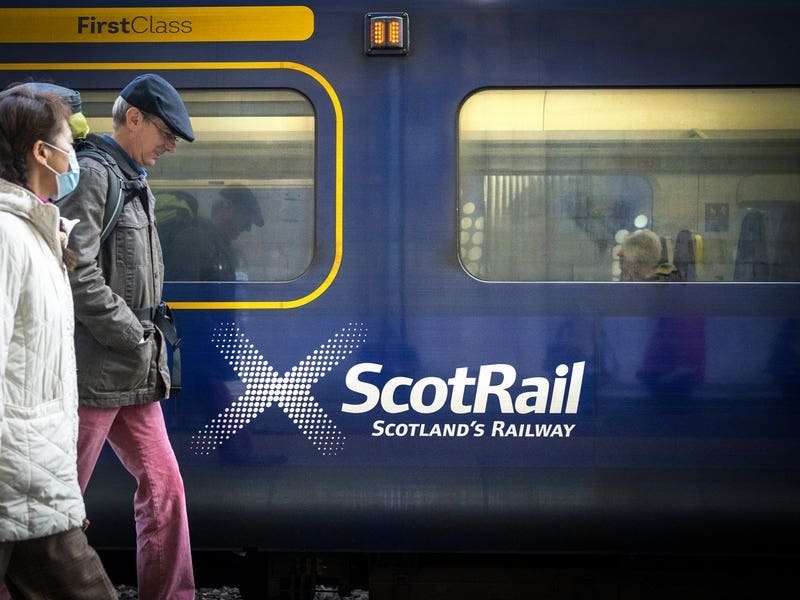 Scotland’s rail unions have called for a meeting with the First Minister to discuss the future of the network, accusing the Scottish Government of a “lack of vision” for train services.

Aslef, Unite, the Rail, Maritime and Transport Workers Union (RMT) and the Transport Salaried Staffs’ Association (TSSA) have written to Nicola Sturgeon a year on from the “A Vision for Scotland’s Railway” report where they outlined their hopes for the network such as removing peak fares, extending concessionary bus travel to the train network and modernising rolling stock.

Aslef’s Kevin Lindsay said it is time for the Scottish Government to “pick whose side they are on”.

“Sadly, up until now, the Scottish Government has not shared our vision.”

It comes after a summer of bitter industrial disputes between rail unions, Network Rail and the UK Government which sparked strikes across the network, causing disruption for passengers.

Further strikes are planned for Wednesday and Saturday this week. Aslef drivers will walk out across several companies including Avanti West Coast and CrossCountry, and Network Rail staff who are members of the RMT will walk out on Saturday.

ScotRail staff are not directly impacted by strikes, but services on Saturday will be affected by industrial action.

In the letter signed by Mr Lindsay, along with Michael Hogg from the RMT, Gary Kelly from the TSSA, and Pat McIlvogue from Unite, unions argue the disputes are being caused by “conflicting visions” for rail services in the country.

Union officials said there is “still no vision” for Scotland’s railways months after the Scottish government took them into public ownership and called for a meeting to discuss the future of rail services in Scotland.

The letter went on: “First Minister, we need to be honest with you: our vision for Scotland’s Railways emerged in the absence of any vision coming from your government.

“A few months after ScotRail going back into public ownership, we are afraid say that there is still no vision for Scotland’s Railways being presented by the Scottish Government.”

The letter went on to say: “It is now time to decide whose side you’re on. Do you share our vision for affordable, accessible, attractive, world-class rail services that help Scotland meet its climate targets, deliver social policies, and grow our economy? Or, do you share the Tory vision for managed decline of rail services?

“One year on from the publication of our Vision for Scotland’s Railways and set against the context of continuing industrial disputes across UK rail services, we believe that it is an opportune time for us to now meet and discuss the future of Scotland’s rail services with you.

“We would therefore respectfully like to request a meeting with you as soon as possible. In so doing we hope that we can agree on a common purpose that rejects the vision for decline, and which instead sees us work together towards the building of world class rail services in Scotland.”