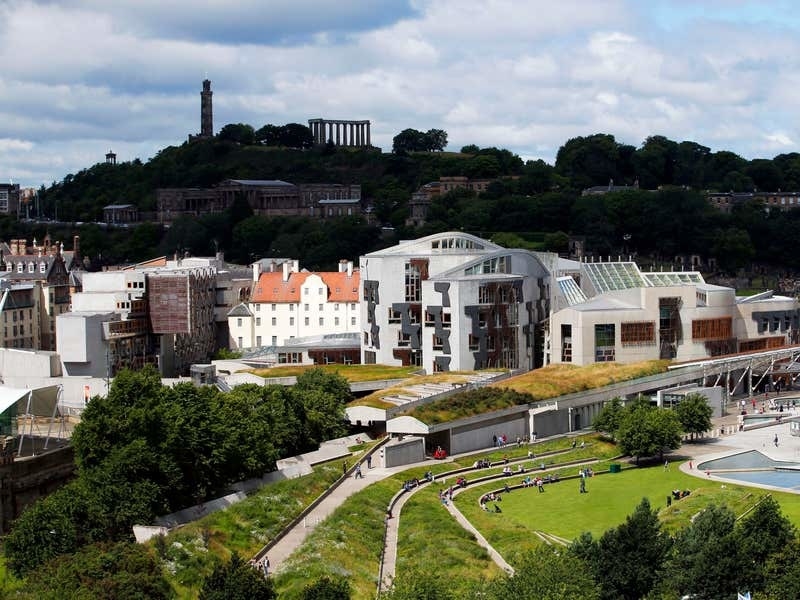 Legislation that would temporarily freeze rents and ban evictions in Scotland will be treated as an emergency Bill following a vote in Holyrood.

The Cost of Living (Tenant Protection) (Scotland) Bill will be debated at stage one on Tuesday, with stage two amendments taken on Wednesday and a final vote on Thursday.

A motion to treat the Bill as emergency legislation was passed by 86 votes to 28 on Tuesday afternoon.

The Scottish Tories voiced their opposition to the move, citing a lack of time for MSPs to properly understand the Bill – which was introduced and published on Monday evening.

The Scottish Green Party minister said the Bill had three main aims: stabilising costs by freezing rent until at least March 31, introducing a moratorium on evictions and reducing unlawful evictions.

He told the committee: “The legislation we’re proposing will help keep people in their homes and help stabilise their housing costs during this extraordinary costs crisis.

“We believe the package of measures strikes the right balance between this aim and ensuring landlords can continue to offer properties for rent and manage tenancies sustainably.”

The minister said he did not believe the Bill would lead to many tenants refusing to pay rent.

He said: “The majority of landlords will obey the law and not try to get around it, the majority of tenants will also meet their responsibilities.”

Mr Harvie acknowledged that the Scottish Government had not done much of its intended work to collect data about the private rented sector.

He added: “We will continue to monitor and report on the operation of the emergency legislation.

“I think we’re conscious that some of the data that’s being collected real time is only going to come in as we’re having to make decisions.”

Mr Harvie said: “There are other European countries with a higher level of regulation, and indeed long-standing systems of rent controls, which have an even bigger private rented sector than Scotland.

“So, this can be done properly, this can be done responsibly, to make sure that we raise standards, ensure that there’s protection for tenants and tenants’ rights at the same time as making sure that our housing systems have adequate supply and good quality.”

Earlier on Tuesday, the committee heard from representatives of a number of groups with interest in the legislation.

John Blackwood, chief executive of the Scottish Association of Landlords, said the Bill was “not proportionate”, adding that some landlords were already seeing increased mortgage costs.

He said: “Landlords are affected as well as tenants in the cost-of-living crisis.”

He said the Bill appeared to be “watered down” from the First Minister’s statement several weeks ago, but some landlords had been “spooked” by the changes.

“Over the last month landlords have been running to the hills, saying rather than put my property up for rent I’m going to sell.”

Timothy Douglas, head of policy and campaigns at Propertymark, said the fundamental problem was a lack of supply in the housing market, which could be made worse by a rent freeze.

Mr Douglas said: “We think this will reduce supply, which will increase rents further.”

However, Caroline Crawley, member of the tenants’ union Living Rent, urged MSPs to back the Bill.

She said rents were “increasing at insane rates”, with figures in the Glasgow area going up by 30% in the last decade and 42% in the Lothian region.

The loophole that allows rent increases as people move between tenancies should be closed, she said.

Such an extension would cost housing associations £50 million in the first year, rising to £200 million over four years, he said.

He told the committee: “What that adds up to is fewer homes being built, fewer homes being retrofitted to zero-carbon standards and less service provision in terms of tenants and support than can be offered to them.”

Social rents in Scotland are around half of private rents and are among the lowest in the UK, he added.

The Bill will cover the private and social rented sector, as well as student accommodation.

During a debate in Holyrood on Tuesday afternoon, Mr Briggs said ministers had failed to conduct a proper consultation as he set out the Conservatives’ views on the Bill.

The legislation risked undermining investment in new affordable homes and decarbonisation, he said.

Mr Briggs said: “SNP, Green and Labour MSPs are about to use Scotland as a guinea pig and undermine the foundations of Scotland’s housing market.”

Labour MSP Mark Griffin said that “even if it has taken months to get to this point”, his party welcomed “the change of heart” from the Scottish Government.

Willie Rennie said the Scottish Liberal Democrats were concerned about the inclusion of social rented and mid-market rental properties in the legislation.