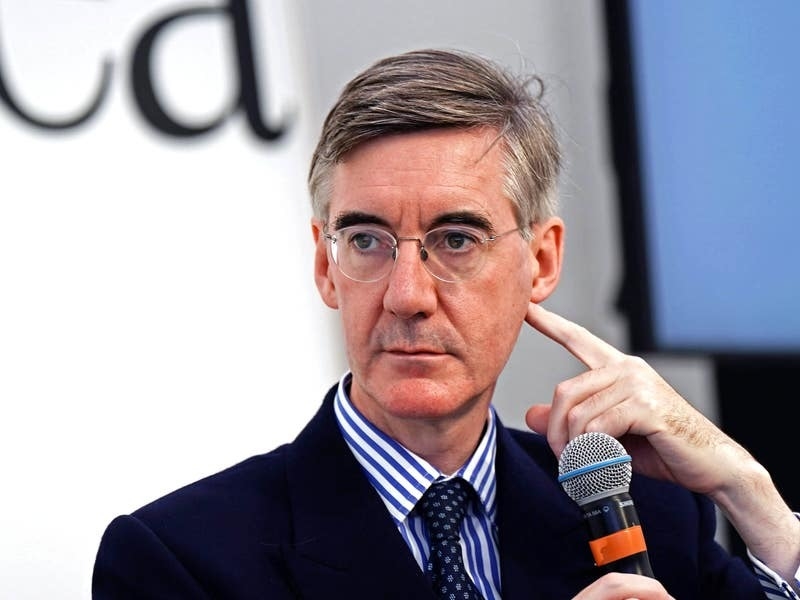 Jacob Rees-Mogg has called for “freedom for chocolate oranges” as he made the case for a red-tape bonfire.

At a Tory conference fringe event hosted by the Institute of Economic Affairs (IEA), the Business Secretary joked that the new Government is more radical than the free-market think tank.

It was put to him that Prime Minister Liz Truss has vowed to review or repeal EU laws retained after Brexit by the end of 2023, earlier than the IEA’s recommendation of 2027.

“I think the repeal of all EU law by the end of 2023 is fantastically good.”

He argued that “ridiculous” current regulations set up “to protect the German manufacturing industry” stop the UK from importing “perfectly safe” vacuum cleaners from the US or South Korea.

The Government’s aim of an annual 2.5% trend rate of growth cannot be achieved without better regulation, he said.

Mr Rees-Mogg, who has six children, denied that he would slash every EU-derived rule because that would allow “children to go up chimneys”, joking that this would be “a good income stream” for his own family.

Railing against rules preventing supermarkets from promoting unhealthy foods near tills, the Cabinet minister urged shoppers to move chocolate oranges to the checkout as a “passive protest”.

He said: “May I encourage people as a passive protest to move the chocolate oranges to the checkout counter,” he told a packed room.

“Freedom for chocolate oranges is what I say.”

Appealing for financial regulations reform, Mr Rees-Mogg argued that “the problem we have at the moment is we regulate the honest and the crooks get away with it”.

He attacked pensions funds for the fallout from the Chancellor’s mini-budget, accusing them of speculating on “extraordinary derivatives”.

The Chancellor and Ms Truss have since U-turned on the most controversial measure, abolishing the 45% rate for the highest earners.

Asked how confident he is that the Government can restore its credibility among financial markets and the electorate, Mr Rees-Mogg said: “Oh it’s easy.

“Financial markets take their views on a daily basis.

“Financial markets aren’t the single Leviathan that people seem to think, they are trading decisions made by millions of actors on a daily basis.

“And in some way or another the euro’s managed to reassure investors.

“I wouldn’t believe it for too long.”

Arguing that the Government must make the case for its low-tax agenda, he lamented that “cutting taxes is not as easy as one might like it to be because the headline is that you’re increasing inequality”.

He said he was not in favour of carbon tariffs, portraying it as a policy favoured by environmental activists who want people to live in “caves”.

“There is no prospect for this country having a system of energy that makes people cold and poor,” he said.

“That’s the sort of Green Party view of net zero, that we’re all sort of miserable … and dwell in caves.