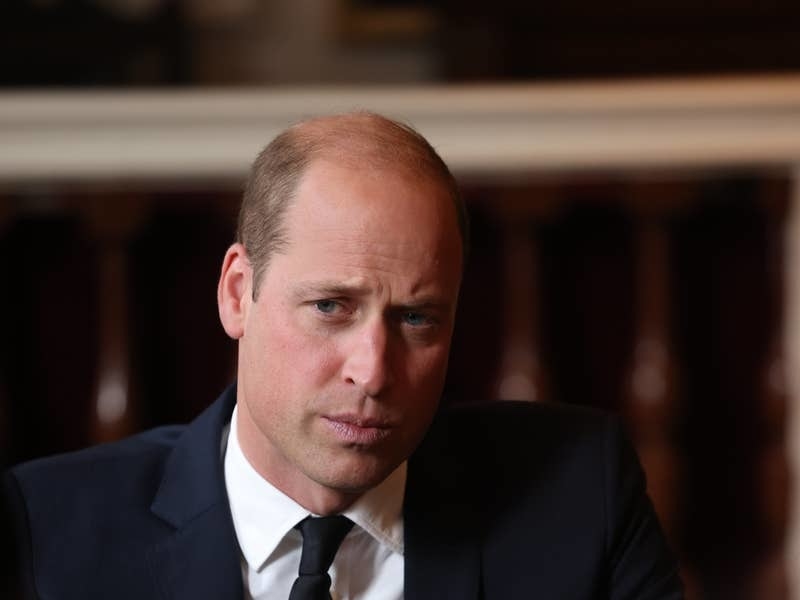 The Prince of Wales will warn that too many lives are being destroyed and too many species are facing extinction due to “sinister” illegal wildlife crime.

William, who is now heir to the throne following the death of the Queen, will address the United for Wildlife (UfW) global summit at the Science Museum in London on Tuesday – his first speech since the King bestowed him with his new title.

His keynote speech – on a topic he has long campaigned on – is expected to highlight the serious and organised nature of illegal wildlife crime and its damaging impact on global biodiversity and local communities.

“(United for Wildlife) set out to ensure that those involved in wildlife crime face an international response as powerful and coordinated as any other serious and organised crime.

“To bring their sinister operations out of the shadows and to ensure that communities are equipped, empowered and supported to protect themselves and their natural world.”

The summit, hosted by Lord Hague – chairman of The Royal Foundation of the Prince and Princess of Wales – is bringing together more than 300 global leaders from law enforcement agencies, conservation organisations and private sector companies who are part of the UfW network.

The event will see speakers announce new policies and unveil partnerships in a bid to end the trade, which is worth up to 20 billion dollars (£17 billion) per year and is associated with violent crime, corruption and other forms of trafficking.

Observers will likely see William’s speech as him setting out his continued commitment to campaigning on the issue of wildlife crime in his new role as Prince of Wales.

In August, William declared “we can defeat the illegal wildlife trade” after a man was jailed for conspiring to traffic millions of dollars’ worth of rhinoceros horns and elephant ivory.

He called it a “significant victory” after US district judge Gregory H Woods sentenced Moazu Kromah to more than five years in prison.

Kromah was convicted of conspiring to traffic parts from the endangered species, which involved the illegal poaching of approximately 35 rhinoceros and more than 100 elephants.

In July, William paid tribute to “committed and brave” ranger Anton Mzimba who was reportedly shot and killed outside his home.

William called for those responsible for the death of the conservationist, who worked in South Africa, to be “swiftly brought to justice”.

He spoke to William via video link last autumn, when the royal visited a technology company to learn about a new device to combat ivory smugglers.

Ahead of his speech on Tuesday, William met Altin Gysman from the Southern African Wildlife College (SAWC), who was a friend and colleague of Mr Mzimba.

William described the death as a “shocking moment” and referred to rangers colleagues being “on the front line”.

The prince said: “There’s a front line and that’s the worrying thing. There’s a war going on and everyone doesn’t really see it.”

William said the last statistic he had heard was that in the last 10 years more than 1,000 rangers have lost their lives on the continent of Africa protecting wildlife and communities.

“It’s terrifying. It really is,” he said.

The prince set up the United for Wildlife (UfW) umbrella organisation in 2014 to tackle the illegal trade in animal products.

He has long campaigned against illegal wildlife trade, previously calling for a commitment to end the “abhorrent crime” which includes the poaching of elephants for ivory and tigers for their skins.

Meanwhile, Lord Hague is expected to tell the summit: “The depletion of our most precious wildlife continues. That makes the illegal wildlife trade an intolerable offence. But its association with violent crime, corruption, people trafficking and even terrorist financing makes it of the utmost seriousness.

“Our response therefore needs to be similarly organised, similarly global in scope, and just as serious as the crime we are fighting.

“It is the breadth and diversity of the collaboration that makes the United for Wildlife network unique in its work to defeat illegal wildlife crime.”