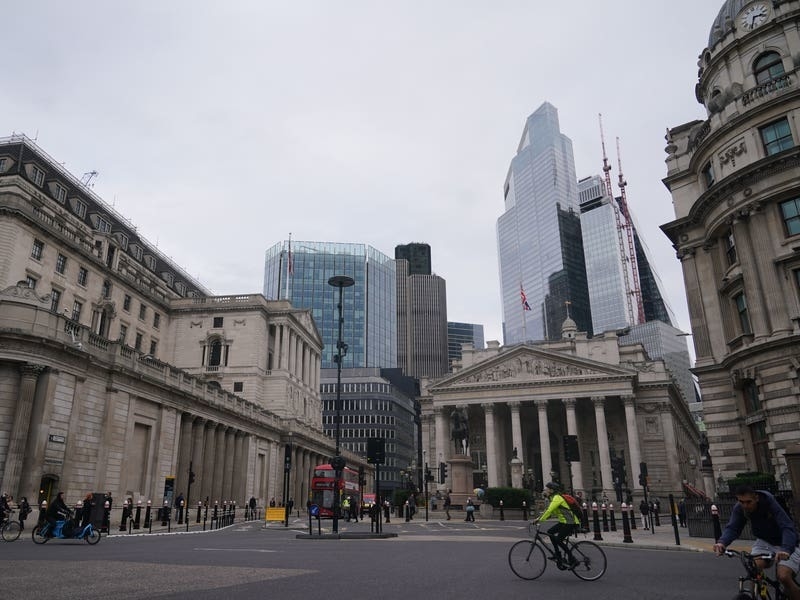 The pound has rallied to a two-week high after reports that the Chancellor would bring forward his debt plan and economic forecast.

Sterling edged above 1.14 US dollars on Tuesday morning as Kwasi Kwarteng promised to release the highly anticipated financial statement “shortly”.

It is expected to set out how the Government plans to reduce debt and pay for recently announced tax cuts.

By early afternoon the pound had dipped below the 1.14 mark and was trading at around 1.13.

Hopes of greater clarity on the Government’s fiscal plans, and the potential for the Office for Budget Responsibility (OBR) publishing its influential economic forecast before originally thought, may have soothed the nerves of investors.

Conservative backbencher Mel Stride, who chairs the Treasury Select Committee, told BBC News that releasing the fiscal plan and forecast sooner than November 23 could also take some pressure off the Bank of England to hike interest rates.

He said that less aggressive rate increases “could help millions of people with their mortgages”.

He said: “Taken with the concessions made by the Conservative leadership yesterday, the signalling is clear and the reassurance being offered to markets is already having a significant impact.

“Interest rate expectations for November’s Monetary Policy Committee (MPC) have now shifted down towards 100 basis points, compared to over 200 basis points just a week ago.

“This is consistent with our view that greater Government assurances would lessen the Bank’s burden in underpinning market stability.”

He said: “Admittedly, we doubt the MPC will be as aggressive as investors expect, as raising rates to almost 6% likely will jeopardise financial stability; many households and businesses simply would not be able to make loan repayments.

“But our forecast for the base rate to peak at 4% in February implies that sterling will weaken further, boosting imported inflation.”

Sterling could drop to about 1.05 dollars at the end of this year, according to Pantheon, meaning there is still pressure on the pound in the face of a possible looming recession.

The Government is expected to confirm the date that the medium-term fiscal policy and OBR forecast will be unveiled on Tuesday.