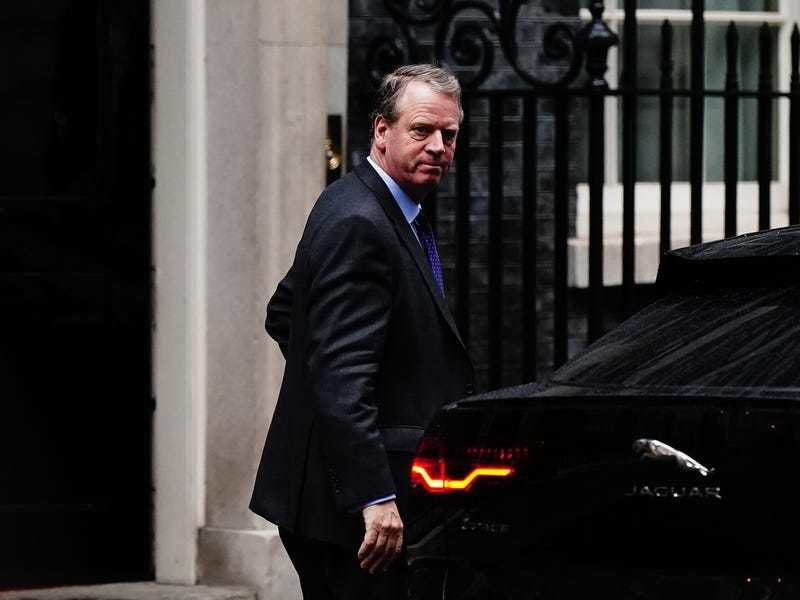 One of Liz Truss’s ministers has said “anyone paying attention” to the Tory leadership election would know she had planned to cut taxes.

The reform, which would see the top rate of tax scrapped and the basic rate cut to 19p in the pound, spooked the financial markets, sending the pound to its lowest level against the dollar.

Sterling rebounded to 1.12 dollars on Friday morning – shy of the 1.13 seen before the announcement.

Scottish Secretary Alister Jack said the announcement of tax cuts should not have come as a shock.

Speaking to BBC Radio Scotland on Friday, Mr Jack said: “When you say ‘huge shock’, over the summer (Ms Truss) was very clear that her strategy was to reduce taxes.

“She and (leadership rival) Rishi Sunak argued that out over the summer, he said one thing, she said the other, but it shouldn’t come as a shock to anyone when she said she believed the strategy was to be more of an Asian tiger economy, where you keep your higher spending but you grow your economy, and she said to do that she would be cutting taxes.

“To anyone paying any attention to that leadership contest it was plain as day what was going to happen.”

Mr Jack went on to say that due to the invasion of Ukraine, the UK Government had to step in to help households deal with their energy bills, which “has been inflationary”.

The Prime Minister and Chancellor are meeting with the Office for Budget Responsibility (OBR) on Friday, after criticism that an updated forecast was not published alongside the so-called mini-budget last week.

Mr Jack said the Government had to act quickly to deal with rising energy bills and could not wait for an OBR update, which he said could take between eight and 12 weeks.

The Scottish Secretary – reappointed to his post by Ms Truss after serving under Boris Johnson – was also unmoved by recent polling showing a large Labour lead.

Mr Jack said: “On opinion polls, I always give the same answer, which is the opinion poll that matters is when people go to the polls and cast their vote.

“We’ve seen opinion polls sway backwards and forwards, and while I’ve been in this role I’ve seen them move around dramatically.”

As an example, he pointed to a poll in 2019 which put support for Scottish independence among decided voters at 58% before more recent surveys indicated support for the union was in the lead.

“Opinion polls are a snapshot of the mood of the country at the time, I prefer to look at the longer trends, but the one that really matters is when people go to the ballot box and that is two years away,” he said.

When asked if the Prime Minister and Chancellor Kwasi Kwarteng will continue on course, Mr Jack said there will be “more steps taken”.

He added: “As the Chancellor said, this is stage one, there are other stages to come and the plan is absolutely to grow the economy, to help people with their livelihoods and their incomes.”

In response to the plans announced by Mr Kwarteng last week, the International Monetary Fund said it was monitoring the situation and urged a rethink, while the Bank of England began buying Government bonds to avert what it described as a “material risk to UK financial stability”.

Meanwhile, SNP Westminster leader Ian Blackford has called on the Chancellor to step down, describing Mr Kwarteng as “clueless”.

“Alongside the Prime Minister, Kwasi Kwarteng has taken a wrecking ball to the UK’s finances – leaving millions of families across the UK in deep distress.”

He went on to say the economic climate in the UK showed the “devastating consequences of Scotland being shackled to this outdated, corrupt Westminster system”.

A Treasury spokesman said: “Our priority is to grow the economy and raise living standards for everyone.

“We have stepped in with an unprecedented intervention on energy bills to hold costs down for households and businesses this winter, while our growth plan will ignite that growth across the UK.

“The Chancellor will set out the Government’s medium term fiscal plan alongside an OBR forecast on 23 November, which will build on the commitment to get debt falling as a share of GDP in the medium term.”