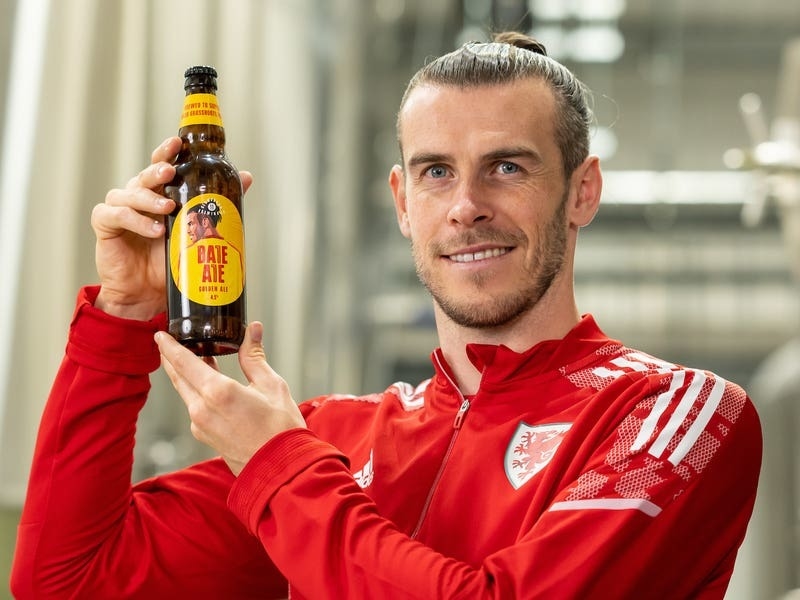 Welsh football hero Gareth Bale’s own-brand beers are to hit supermarket aisles ahead of the World Cup in Qatar.

Bale Ale will be available in Tesco stores across Wales from October 3.

Fans will be able to choose between raising a glass of Bale Ale or Bale Lager to the team as they make their first appearance at the tournament in 64 years.

Bottles of both will be available in stores up to and throughout the competition, costing £1.70 each.

Initially brewed by Glamorgan Brewing Co exclusively for his own establishment, Elevens Bar & Grill in Cardiff, Bale Ale and Bale Lager will also now be offered out to pubs across the country to serve.

Bale told PA news agency: “I am really looking forward to launching Bale Ale and Bale Lager into Tesco stores across Wales – it’s something we started a few years ago and to see the brand grow is really exciting.

“Being able to team up and work with Glamorgan Brewing Co, who are based only 10 minutes from my house, makes it even more special and we are extremely proud of what we have created together.

“With this partnership we aim to give something back to Welsh grassroots football, and in particular, we want to help develop football facilities across Wales on a local level.

“We hope fans across Wales will be able to enjoy some Bale Ale and Lager as we head into the World Cup this year.”

However the brand looks set to go global with plans to export it to California and Bale’s new club, Los Angeles FC, by next year.

Glamorgan Brewing director Richard Anstee said working with Bale was a “dream come true” for him and his company.

Adding he hoped the money generated by the beer for the next generation of Welsh footballers would “help to make sure we never have to wait that long again”.

Nathan Edwards, Tesco’s local buying manager, said: “There is tremendous excitement across Wales right now ahead of our first appearance at a World Cup tournament for 64 years so to land the newly brewed beers by one of our greatest ever sporting heroes is a real coup.

For beer connoisseurs, Bale Ale is said to be a bright, fresh-tasting juicy golden brew made from Goldings, Columbas and Citra hops, while Bale Lager is crisp, clean-tasting and brewed with Saaz hops.