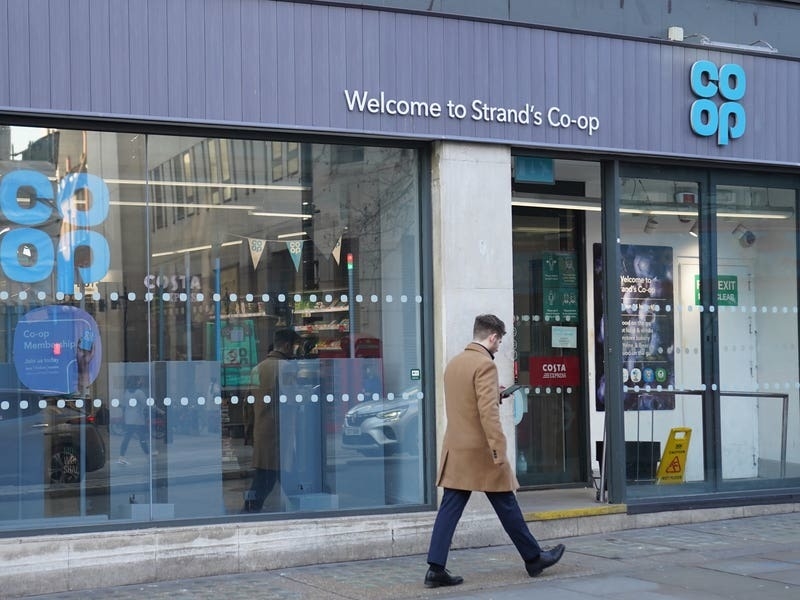 The Co-op Group has revealed a sharp slide in profits for the past six months in the face of surging energy and labour costs.

It came as the Co-op said profits in its food operation fell by £27 million year-on-year due to rising costs.

The group added that it was impacted by a surge in energy costs – which rose to £59 million from £41 million – and £21 million impairment in the value of a number of its food shops.

Meanwhile, sales slowed to flatline over the half-year at £5.6 billion.

Shirine Khoury-Haq, who was appointed chief of the group earlier this year, said: “Against a highly challenging economic backdrop, we have made significant progress in strengthening our balance sheet, whilst continuing to support the needs of our colleagues, members, customers and the communities in which we operate.

“Our clear focus on developing our businesses, whilst controlling costs, improving our cash position and reducing debt is paying dividends.

“Looking ahead, while we are mindful of the continued economic challenges, we have great confidence in the underlying strength of the Co-op and all our businesses.”

It came as the Co-op also revealed plans to invest £37 million into a shake-up of its food strategy.

This will include price reduction across 120 popular own brand products and renewed focus on convenience stores, the group said.

Ms Khoury-Haq added: “As we face into a cost-of-living crisis we are determined to make life fairer for our members, customers and communities in these extraordinary times, and lowering prices for shoppers is the first step in our strategy.”