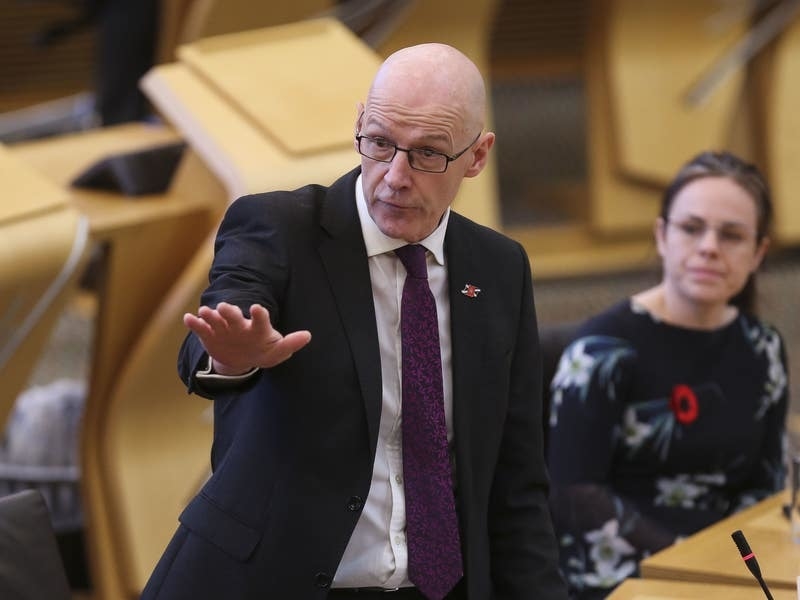 Scotland’s Deputy First Minister has said he has never seen “financial strain and pressure” like that being experienced currently.

John Swinney, who was previously finance secretary for nine years – including during the financial crash of 2008 – appeared before MSPs on Thursday to discuss in-year cuts to the Scottish Government’s budget.

Mr Swinney, who was tasked with controlling Scotland’s finances while Finance Secretary Kate Forbes was on maternity leave, previously announced £500 million of cuts to the budget due to rising inflation.

But when asked about the current financial strife in the UK, the Deputy First Minister made a stark comparison to the crisis which brought down major financial institutions and threatened economies 14 years ago.

“I left the finance brief in 2016 thinking that we had perhaps managed to mitigate the worst of austerity and that was as nothing compared to what we are now wrestling with.”

Mr Swinney went on to say that the Scottish Government was finding it “ever more difficult” to pursue its goals due to financial decisions being made at Westminster.

On Friday, Chancellor Kwasi Kwarteng announced plans he said would drive economic growth, but the initiatives: including scrapping the top rate of income tax and cutting the basic rate, sent the pound tumbling to its lowest ever level against the dollar.

The International Monetary Fund (IMF) urged the Chancellor to “re-evaluate” the plans, while the Bank of England started buying Government bonds in a bid to avoid what it called a “material risk to UK financial stability”.

“I actually wouldn’t accuse (UK Government plans) of being Conservative, there’s certain protections of core values that are associated with conservatism and I don’t recognise that in the financial statement from last Friday,” Mr Swinney added.

The Deputy First Minister went on to tell another Holyrood committee he did not believe the UK Government’s position on tax would hold.

“If the UK financial system is going to collapse, they will have to change it,” he told the Covid-19 Recovery Committee.

“It is a mess this morning, an absolute mess, a total mess. I’ve never seen anything like it in my life.

“So how that will prevail I have no idea.

“Why is that happening? It’s because the markets don’t believe the UK any longer believes in fiscal sustainability.

The Deputy First Minister’s comments come after Nicola Sturgeon urged the Chancellor and Prime Minister to re-think the policies.

“We urgently need the inhabitants of 10/11 Downing Street to understand and act on mounting concerns about the folly of their policies,” she said on Twitter.

“Living standards, homes, pensions, public services depend on it.”

While on a round of interviews with local radio stations in England, the Prime Minister appeared to continue her support for the plans set out in the so-called mini-budget.

She told BBC Radio Leeds: “We had to take urgent action to get our economy growing, get Britain moving and also deal with inflation.

“Of course, that means taking controversial and difficult decisions but I am prepared to do that as Prime Minister because what is important to me is that we get our economy moving, we make sure that people are able to get through this winter and we are prepared to do what it takes to make that happen.”