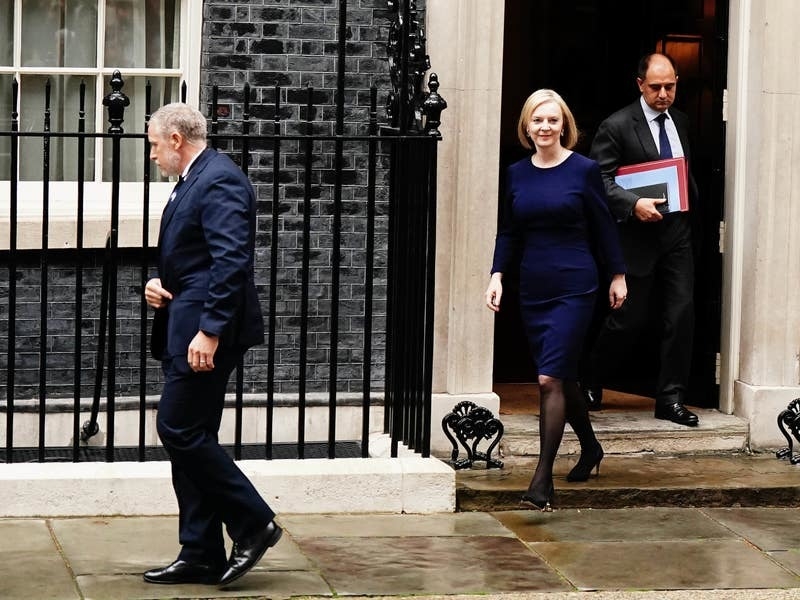 Liz Truss, who railed against years of Treasury orthodoxy on the campaign trail, got her chance on Friday to put into a practice an economic vision that marks a sharp break with the past decade of Conservative rule.

The Prime Minister sat nodding approvingly behind Kwasi Kwarteng, as the Chancellor announced a multi-billion pound package of tax cuts that thrilled free-marketeers but spooked the markets and shocked mainstream economists.

Mr Kwarteng, an ideological bedfellow of the Prime Minister, told MPs that growth would be his guiding light as he pledged to abolish the top rate of income tax for the highest earners and, using more than £70 billion of increased borrowing, brought forward a planned cut to the basic rate of income tax to 19p in the pound a year early to April.

In 2010, David Cameron came into Number 10 promising that cutting national debt would be a priority. Seven years later, Theresa May said that there was not a “magic money tree”.

Most recently state spending ramped up under Boris Johnson to tackle the pandemic and his levelling-up pledge, but his largesse did not extend to major tax cuts. Instead his chancellor Rishi Sunak pushed through a financial package that include a manifesto-breaking rise in national insurance.

The longer Mr Kwarteng spoke for, the clearer her particular vision of Conservatism became.

“That is how we will turn the vicious cycle of stagnation into a virtuous cycle of growth.”

Economists analysing the speech looked not to Margaret Thatcher, but to early 1970s in era of her predecessor Edward Heath, for a comparative Government that showed such tax-cutting zeal.

It also prompted questions about how committed the Prime Minister remains to the 2019 Conservative manifesto. This said the party would not borrow “to fund day-to-day spending, but will invest thoughtfully and responsibly in infrastructure right across our country in order to increase productivity and wages”.

On Friday, the focus was fresh borrowing and tax cuts set to be worth nearly £45 billion a year by 2026. The Government says these measures will boost growth and in the long term drive up tax receipts.

There were reports of unease on Tory benches following the announcement, as a leader who initially struggled to win the support of party colleagues embarked on a mission to re-define the British economy.

In an interview with the BBC in the final days of the leadership campaign, Ms Truss calmly rejected concerns that reversing the rise in national insurance would benefit the richest people.

It is a position her and her ministers have doubled down on since then, even admitting that if her personal popularity is the price of growth then so be it.

There were jeers and laughter in the Commons chamber as the Chancellor admitted that “none of this is going to happen overnight”.

But if the Conservatives are to remain in power, Trussonomics will need to reap dividends – and fast.