Markets plunge in ‘worst day ever’ after mini-budget 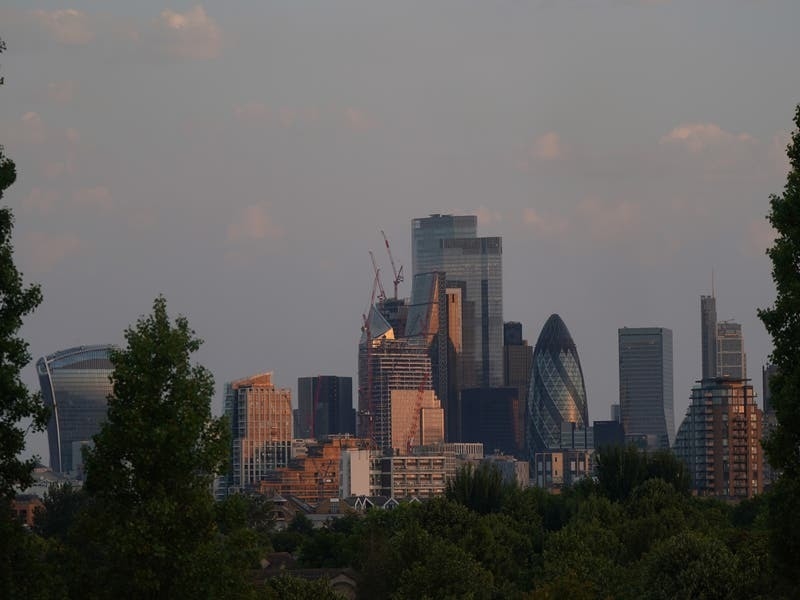 The pound and London stock market plunged in what one analyst called “the worst day I have ever seen” after the Chancellor on Friday revealed his mini-budget.

Sterling repeatedly fell to new 37-year lows against the dollar during the day, slowly edging towards its all-time trough.

At its lowest point on Friday afternoon £1 could buy just 1.0896 dollars – the worst exchange rate for Britons since 1985.

Normally a falling pound is good for the FTSE 100 – it makes it cheaper for people outside the UK to buy British-made products.

But Friday was not a normal day.

London’s top index fell below the 7,000-point mark for the first time since mid-June during Friday’s trading.

At its trough, the index was trading down 2.5% at 6,981.5 points, its lowest since March when the market had plummeted after a nuclear power plant caught fire in Ukraine.

“The is the worst day I’ve ever seen in the markets from a British perspective,” said Neil Wilson, an analyst at Markets.com.

The FTSE 250 and FTSE All Share indexes also both closed down 2%.

“By throwing Rishi Sunak’s tax raising plans on a bonfire, the Government is taking a big gamble that growth will be ignited, to help the economy grow,” said Susannah Streeter, senior investment and markets analyst at Hargreaves Lansdown.

“But confidence that these unfunded tax cuts are a coherent policy for today’s inflation laden times is going up in smoke, with the pound sliding to fresh 37-year lows against the dollar at 1.10 and Government borrowing costs escalating.

“The yield on 10-year gilts rocketed to hit 3.7%, surging from 3.2% on Tuesday as investors demanded more return for the greater risk they were taking by buying Government debt.”

Unusually, the recent plunge in the pound has come despite a surge in interest rates.

“This is not supposed to happen in advanced countries: we expect deficit spending to drive up interest rates and make the currency rise, which is what happened under Reagan,” said Paul Krugman, a US economist who won the Nobel Prize in 2008.

He added: “But Britain is now trading like a developing country, where perceived fiscal irresponsibility is undermining confidence in the value of its currency.”

Drops were also recorded on international markets. The German Dax index dropped 2%, and the Cac 40 in Paris was down 2.3%

On Wall Street, the S&P 500 was trading down 2.3% shortly after markets closed in Europe. The Dow Jones was down 2% at the same time.

The cost of Brent crude oil dropped 5.2% to 85.72 dollars per barrel, the lowest since the war in Ukraine began.

In company news, shares in Made.com crashed by a fifth after the business revealed it is considering job cuts and a potential sale of the business.

The company is conducting a “strategic headcount review” to slash costs as it faces a drop in consumer spending and disruption to its supply chain.

The Financial Times has reported that more than a third of the workforce might be lost.

Meanwhile Revolution Beauty announced it will investigate its failure to audit its own results fast enough. The business also issued a profit warning. Shares were suspended at the end of last month, so did not move on the day.