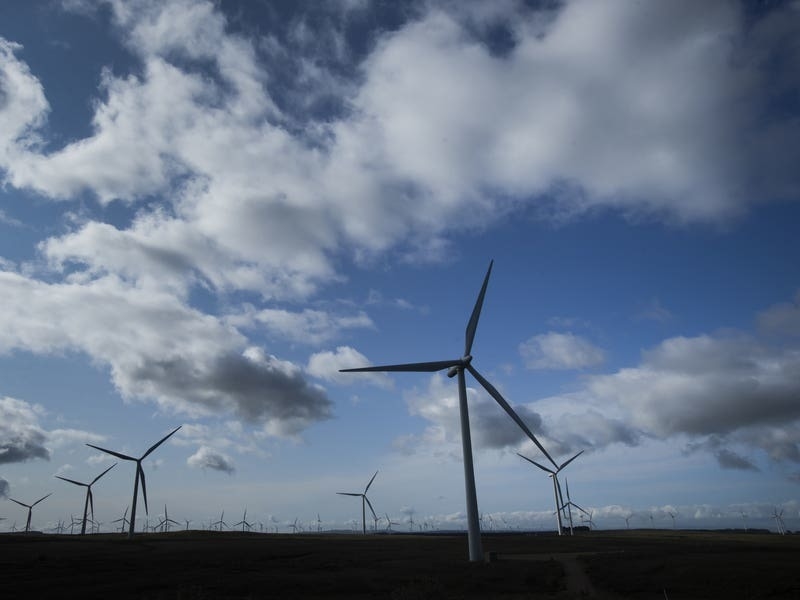 The renewable industry has tentatively welcomed the Government’s plan to make it easier for developers to build wind turbines in England for the first time in seven years.

The Government said that it would bring rules for onshore wind farms in line with other developments.

Rules that were put in place in 2015 have effectively stopped the construction of any onshore wind farms in the UK since then.

Developers were forced to address all local concerns about a potential wind farm, and just one person could hold up an entire project.

The onus was also put on councils to map out areas that would be suitable for wind development, something for which many lacked the resources.

Such permission is not needed for any other type of development.

“No new substantive onshore wind farm has received planning consent since 2015,” the Government said on Friday.

Reforms to the rules will bring “onshore wind planning policy in line with other infrastructure to allow it to be deployed more easily in England”, it added.

“So a decision to lift the ban suggests the new Government has listened to the experts and understands building more British renewables reduces our reliance on costly gas and so brings down bills.”

But energy insiders also warned that more detail will be needed, and rules will have to be changed, before they know how significant the move will be.

The changes will also be more significant for smaller developers, rather than the major players, who need large pieces of land that are difficult to find in England.

The Government also said that it takes too long to get permission to build new offshore wind farms.

He added: “Speeding up the planning process for offshore wind is vital too as it will allow us to unlock an enormous amount of new capacity much faster.

“At the moment it can take up to 10 years to get a project over all the hurdles. We can’t afford these glacial timescales any longer, especially as offshore wind has now reached a point where it’s even cheaper to build than onshore wind.”

But green experts also warned that the plans will also make it easier for companies to drill for oil and gas, which could throw the country off course in attempting to meet its environmental targets.

“The Chancellor’s statement offered neither the policies, investment, or strategy to realise the huge opportunities to create prosperity that delivering net zero and restoring nature offer,” said Luke Murphy, associate director of energy, climate, housing and infrastructure at the IPPR think tank.

“There were welcome albeit small steps on energy efficiency and depending on the detail, onshore wind, but in other areas the Government is going in the opposite direction.

“It is removing the moratorium on fracking, expediting licenses to drill for more climate-destroying and expensive oil and gas, and proposing to rip up environmental protections.”